German bakers say their craft represents the country's cultural heritage. Alongside bacteria and beer, bread is up for UNESCO cultural protection. But the path to recognition is a long one. 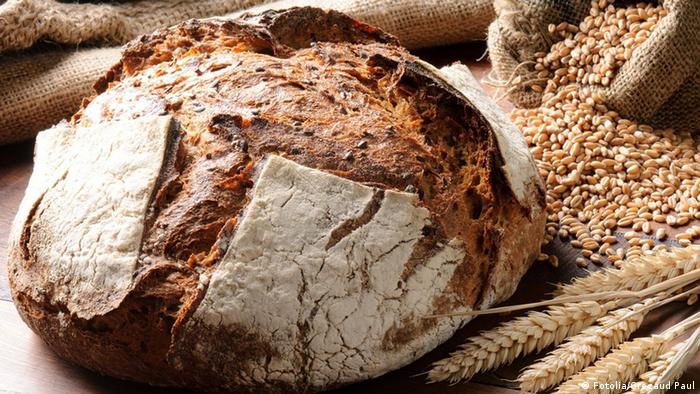 Ask any German far from home what he misses most. The likely answer? German bread. Nevertheless, back home, the path usually doesn't lead back to a traditional German baker, but rather to a discount bakery or supermarket, which are causing their artisan counterparts a great deal of distress.

Unable to compete with the cheap mass-production, 300 to 500 traditional German bakeries shut their doors each year.

In their struggle against the low-cost competitors, German bakers are brainstorming how to bring the value back to their offerings. They want to protect is as part of the country's cultural heritage - or more precisely, protect the product's diversity.

"No other country in the world has such diverse bread offerings as Germany," Peter Becker, president of the Central Association of German Bakers, told DW.

UNESCO (United Nations Educational, Scientific and Cultural Organization) has been awarding the title of Intangible Cultural Heritage since 2003. It complements the material World Heritage category. 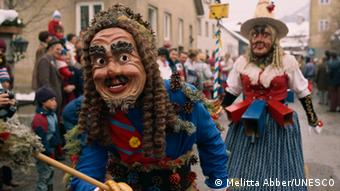 Initiators of the intangible label were select countries in Asia and Africa who did not see their culture sufficiently represented through material objects, said Dieter Offenhäusser, deputy secretary general of the German UNESCO commission.

Intangible assets can be everything from dances and customs to handicrafts and foods. They represent the living part of the culture, and their protection ensures that traditional knowledge does not die out. The cultural objects are divided into three lists, the most important of which is the representative list. It currently encompasses 281 items, including the Argentine tango, the Carnival parade, "Schemenlaufen," the parade in Tyrol and the whistling language "el Silbo," which is spoken on the Spanish island of La Gomera.

Germanyhas only been part of the agreement to protect intangible cultural heritage since 2013. Communities, clubs and individuals were invited to submit their proposals by the end of November. In the end, there were 128 proposals.

Aside from bread, some in Germany are advocating for the cultural merits of the microbiological therapy of "healing with bacteria," or the oral storytelling tradition of "Graweredersch" from the state of Thuringia. A strong competitor may prove to be the German Brewers Association, which is fighting for the Beer Purity Law's place on the list.

Each state can select one or two suggestions from the list of 128 until April. The education and cultural affairs minister conference and a panel of experts from the German UNESCO commission will assemble the final list, which will include 30 to 50 candidates. Germany's first entry will be recognized in 2016 at the earliest. 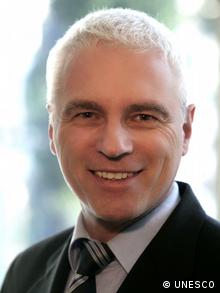 As for the prospects of the backers, UNESCO spokesperson Offenhäusser said, "You can tell that German bread is excellent and enjoys a respectable reputation even in foreign countries because good bakeries around the world are called 'German bakeries.'''

The question is, however, how the experts will rank the baking trade amongst the other crafts, traditions and customs representative of Germany's intangible cultural heritage.

Peter Becker, president of the Central Association for German Bakers is convinced his trade will come out on top. Bread has influenced German culture since its inception. Its relative ease of production and year-round availability led to people settling down and founding cities, he said. The fact that there are so many different kinds of bread is the result of the country's climatic conditions: all types of grains are easily grown here.

The diversity can also be expressed in numbers. "We asked our bakers to pass along their recipes," said Peter Becker. So far he's registered more than 3,000 "significantly different" recipes with alluring names like "Five Pound Guy," "Wood Oven Crust," or "Korntaler Bread Symphony."

What does the UNESCO label mean? 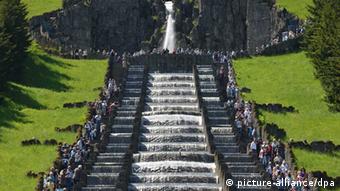 Ever since the Bergpark Wilhelmshöhe was declared a World Heritage site in 2013, it's seen a spike in visitor numbers

The extent to which the bakers would profit from the heritage label is difficult to estimate. Peter Becker believes, however, that the title would promote pride amongst bakers when it comes to their craft. He also thinks it would draw more customers back to the bakeries. Germany is known for its bread culture around the world, Becker said. "We are in the process of potentially losing something that is the envy of many others."

As many craft brewers liberate their taste buds, Germany's purity law for beer seems to be going out of fashion - except in Scotland. There, brewers are making German-inspired beers they even hope to export to Germany. (23.01.2014)

A childhood memory of half-timbered houses and cobblestone streets gets DW's Katherine Sacks to explore the charming medieval towns of the Harz Mountains - following in the footsteps of both George Clooney and Goethe. (17.02.2014)

German brewers have launched a bid to get a unique law regulating the brewing of beer recognized by UNESCO. They hope to get the world heritage seal of approval in time for the 500th anniversary of the regulation. (02.12.2013)