The chairman of the German Bishops' Conference has said he was "deeply shocked" by a child sex abuse scandal in Roman Catholic schools and asked for forgiveness from the victims. 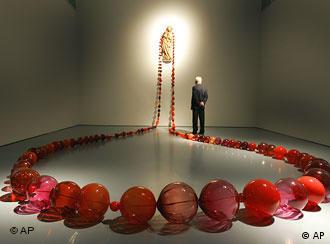 Archbishop Robert Zollitsch told the conference's annual meeting of German bishops in Freiburg on Monday that he apologizes in the name of the Church to the victims of sex abuse at Catholic schools.

"Sexual abuse of minors is always a heinous crime. I want to associate myself with this statement from Pope Benedict and apologize to all those who were victims of such crimes," he said. 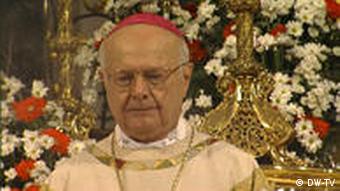 The abuse weighs heavily on the Catholic Church, said Zollitsch

The pope last week called child abuse a "heinous crime" and a "grave sin" following talks with bishops from Ireland, where a similar scandal has been rocking the church.

In January, an elite Jesuit school in Berlin admitted to systematic sexual abuse of its pupils by two priests during the 1970s and 80s, with some cases allegedly going back as far as the 1950s.

No excuse for abuse

An independent investigator, Ursula Raue, hired by the Jesuit order to assess the scope of wrongdoing, said that so far around 120 people had come forward alleging abuse. Press reports say that at least seven institutions and 12 teachers are involved.

Archbishop Zollitsch said "abuse weighs heavily on the Church because children and young people have a particular trust in priests. There should be no abuse, especially not in the Church."

Zollitsch called for a "complete and absolutely transparent explanation" of further suspected cases and said the Catholic Church was cooperating with the authorities in investigating the allegations.

Charges against the suspected perpetrators cannot be filed in most cases, however, because the statue of limitations is likely to apply: except in very serious cases of abuse, charges can only be brought for ten years after a victim has reached his or her eighteenth birthday.

The German Jesuit order's special investigator says she is optimistic the organization is seeking the truth about 115 alleged cases of sexual abuse of children, after completing an interim report on the issue. (19.02.2010)

After two days of talks with Ireland's top Catholic clerics, Pope Benedict XVI has criticized acts of sexual abuse by priests and urged bishops to restore the credibility of the church. (16.02.2010)

Christian Weisner of the lay organization We Are Church calls for a new approach to sexuality (22.02.2010)