German bill may force Google to pay for news snippets

Germany's governing coalition has agreed to back new legislation that would force aggregators like Google to pay for using small citations. The unprecedented move has sparked an outcry among many Internet users. 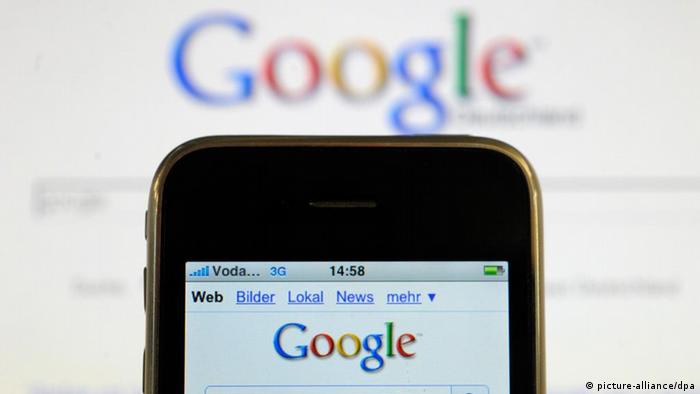 Google will likely lobby to have this law stopped

After more than three years of intensive lobbying, German news organizations appear to have convinced enough politicians in Berlin of the need for a law to protect the use of their content on the Internet and for a compulsory licensing scheme to use it. A bill is set to be put to a vote in the coming weeks.

The German plan follows a move last year in neighboring Belgium where courts decided that Google was infringing on newspapers' copyrights by linking to stories.

"For now, we are relying on the intelligence of the German parliament not to implement such nonsense," wrote Markus Beckedahl, the editor of Netzpolitik.org, in a blog post written on Sunday.

German newspapers have been grumbling for years that companies like Google have generated billions of euros in search advertising revenue by aggregating their news - now they want a cut of those profits.

Google, on the other hand, argues that its aggregation service has helped publishers - in Germany and around the world - by directing traffic their way and selling advertising through partnership programs. The Internet giant accounts for more than 80 percent of the search market in the country.

"What German publishers are seeking is nothing less than a state-supported flat fee for their Internet content, to be paid for by commercial businesses," said Jan Mönikes, a lawyer with Schalast + Partner and legal advisor to the German association of press spokespeople, in an interview with DW. 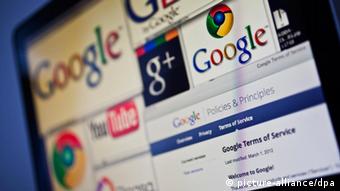 The proposed German plan would require commercial users of news, such as aggregators and even corporate communication offices that electronically circulate selected news items, to pay a fee.

A new organization would be set up to collect the fees and distribute the money among news organizations. But exactly how that money would be distributed has yet to be determined.

Supporters of the plan note that private users of news would pay nothing. But the line between private and commercial is quickly blurred by bloggers who typically provide links to other stories on their sites. If they make money from blogging with advertising, they're considered a commercial user.

Critics claim newspapers have failed to compete with companies like Google that have found way to make money with content on the Web and are now trying to squeeze some financial benefit out of those who have.

But Mönikes noted that businesses already pay more than 20 million euros ($26 million) every year in fees for the right to distribute news within their organizations. He also says that as it stands now, the proposed legislation goes too far in some areas.

"If I were to write, say, a snippet on my own private website pointing to an interview with me published on another website, I would have to pay a fee under this law," he told DW. "This is complete craziness." 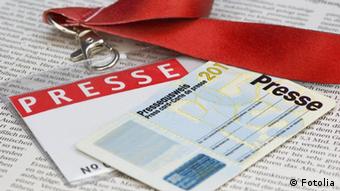 Many German media organizations have backed the proposal

Mönikes added that many associations signed a paper last year asking the government not to move ahead with its proposed legislation.

Till Kreutzer, a Berlin-based lawyer and initiator of the interest group IGEL that is lobbying against the proposed German legislation, warned that Germany would be the first to go down this controversial path.

"It will have big impact on many individuals, businesses and organizations and will open the flood gates to litigation," he told DW.

"And not only that: everyone is talking about news organizations receiving money from Google but the name of that company doesn't appear anywhere in the proposal. There are other players, too. This could be very expensive and have an impact on Internet communication in the country."

Internet giant Google has implemented new rules on collating data on its users, amid hefty criticism from the EU and US. Google calls it a "privacy policy," terminology one activist dubbed "Orwellian doublespeak." (01.03.2012)

Regulators give nod of approval to Google-Motorola deal

Regulators in both the US and Europe have given the go-ahead for Google’s multi-billion acquisition of cell phone maker Motorola Mobility. The move removes a major barrier from the web giant in its bid to take on Apple (14.02.2012)

The copyright for the earliest version of Mickey Mouse will expire in 2024. What does this mean for the world's most famous mouse?

Google said that the fine "ignores our efforts to reach an agreement." The tech giant now has two months to come up with a proposal on how to compensate France's news publishers.

The US tech giant and a group of French newspapers said their agreement calls for payments made for showing content through online searches. The first-in-Euorpe pact follows several months of negotiations.