German authorities want to end ′flat-rate′ offers in brothels | Germany | News and in-depth reporting from Berlin and beyond | DW | 26.07.2009

Police and law officials raided bordellos under suspicion of social security fraud, among others. They have been trying to stop the flat-rate fee system in brothels, arguing that it violates prostitutes' dignity. 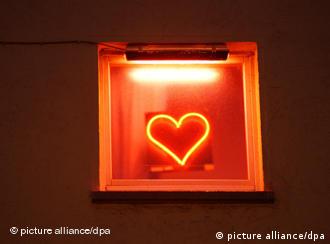 While the global recession has hit the financial sector, the export industry and car companies, it has also been felt in the world's oldest business sector - prostitution.

Brothels across Germany have seen their client numbers dwindle. Since they are not at the top of the list for a government bailout, they are having to look for other ways to battle the downturn.

One such way which has made headlines in Germany is the "flat-rate" fee system, offered by at least four brothels in Germany, where prostitution in legal. 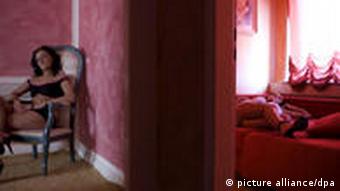 The "Pussy Club" chain offers such a flat rate, which entitles customers to unlimited sexual services all day for a one-off entry fee of 70 euros ($100).

But the new discount scheme has triggered a wave of protests, especially in the southwestern state of Baden-Wuerttemberg.

Authorities there are now trying to shut down the brothels, arguing the new pricing plan violates the human dignity of the women working there.

"If you look at the way these brothels advertise, then there's a violation of the human dignity of the prostitutes who work there," he said, adding that authorities "were working on a way to stop the brothels from operating the way they do under that current fee system."

Baden-Wuerttemberg Interior Minister Heribert Rech, who has led a campaign against one particular brothel, said the "price suggests women there are being exploited."

On Sunday, police and justice officials searched brothels using the plan in Stuttgart, Heidelberg, Schoenefeld near Berlin and Wuppertal. They say they suspect the bordells of social security fraud, employing foreign prostitutes without permission and not maintaining hygiene standards.

The brothels' advertising slogan has a simple message: "Sex with all women, as long as you want, as often as you want."

For 70 euros customers are entitled to all the sex, food and drink they want between 10 am and 4 pm. The evening flat rate rises to 100 euros. 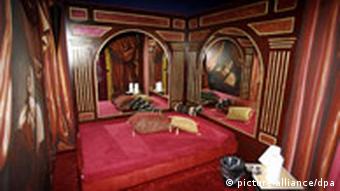 A fixed price for all the sex, food and drink customers want

The operator of the "Pussy Club" brothels, Patricia Floreiu, defended the new pricing scheme, arguing that most customers leave after one or two sessions and that none of the women are forced into working under the new terms.

"It simply brings in more customers. Hardly anyone can 'do it' more than twice. So basically the flat rate is mostly for the free beer," she says.

A group of 77 sex workers bought advertising space in two national newspapers, arguing that the campaign by officials was simply a way to get brothels banned altogether.

"Get off our backs - no ban on brothels with or without 'flat rates'," read the ads' headline. "Under the guise of 'humane working conditions', they are in reality plotting to ban brothels and threaten our livelihood."

Domenica Niehoff, a former prostitute who gained notoriety in Germany during the 1970s and '80s for her campaign to legalize her profession, has died at age 63. (13.02.2009)

German officials are drafting legislation to sentence men for up to 10 years in prison if they obtain sexual services from women forced into prostitution, according to a report in a news magazine. (17.05.2008)