German Author Wants to Read Satanic Verses in Mosque | Germany | News and in-depth reporting from Berlin and beyond | DW | 12.07.2007

A German book author said he wants to read aloud inside a Cologne mosque from "The Satanic Verses," the 1988 novel by Salman Rushdie that some Muslims consider blasphemous and led to a 1989 fatwa against Rushdie. 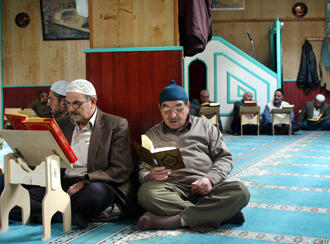 Wallraff said he wants the reading to promote religious dialog

Just before political and religious leaders met in Berlin for the second national integration summit, journalist and author Günter Wallraff, 64, proposed to read from Rushdie's "The Satanic Verses" at a mosque to be built in Cologne by the western German city's Turkish community.

He said the Ankara-funded Ditib religious foundation had not been insulted and was discussing his proposal.

The organization's secretary for dialog, Bekir Alboga, said Wallraff's idea had not been rejected outright, and that the Ditib board, would respond to the request.

Reading not intended as provocation 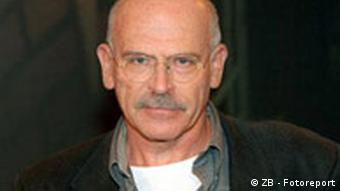 "I'm not a passionate supporter of the new mosque," Wallraff said. "But we have freedom of religion here. What I respect are the efforts of German Muslims to integrate into society."

Plans to build the mosque have been opposed in recent months by some Cologne residents and an atheist novelist of Jewish heritage, Ralph Giordano, 85, who said Muslims should learn secular values and integrate into Germany.

Wallraff, a gadfly writer known for conducting undercover research to bring to light what he considers society's injustices -- such as "Lowest of the Low," in which he describes the treatment he received while posing as a Turkish worker in Germany -- said he would demand police protection if need be so that he could read aloud from the Rushdie book he said he considers a "literary masterpiece."

"If I do this then I want to make a difference; it's not meant to be a provocation," he said in an interview that appeared in several German media outlets, adding that the book should be read and discussed by the Muslim public, which "currently is condemning something it does not know about." 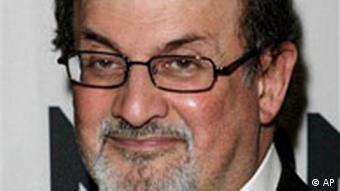 Rushdie went into hiding after writing "The Satanic Verses"

Rushdie, who stayed in Wallraff's apartment in Cologne during visits to Cologne in the 1990s, was put under police protection in 1989 after the late Ayatollah Khomeini of Iran called "The Satanic Verses" an "insult to Islam" and issued a fatwa to kill Rushdie.

Nearly 10 years after Khomeini's death in 1989, Tehran admitted that while the fatwa could not be revoked, it did not need to be implemented.

Rushdie reentered the news last month when Britain announced that Rushdie would be knighted. Though the ceremony has not yet taken place, the decision to honor the author sparked discussion in the Muslim world. An al Qaeda terrorist leader has threatened a "very precise response" in Great Britain should Rushdie be knighted.

Opinion: Political Abuse of Religious Feelings Is Not a New Tactic

Outrage over the decision to honor author Salman Rushdie with a knighthood has been orchestrated to distract the public from other political problems in Iran and Pakistan, writes DW's Peter Philipp. (22.06.2007)