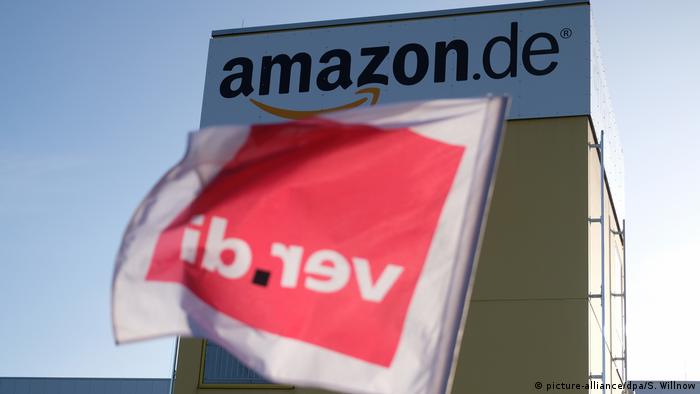 Workers at Amazon distribution centers in Germany walked off the job on Friday, escalating a long-running struggle for better pay and working conditions.

The strike action, which began on the same day that the online giant held its Black Friday sales bonanza, was set to last into early next week.

The powerful Verdi union said it expected the strike to last until Tuesday morning, including Cyber Monday.

Verdi said stoppages were underway at Amazon distribution centers in Leipzig, Bad Hersfeld, Koblenz, Rheinberg, Werne and Graben. The union claims that Amazon is "withholding basic rights" from staff, and forcing them to work under "extreme pressure."

"As a result, many employees become ill," Verdi said.

"Their work cannot be had at rock-bottom prices," the union said in a statement. It demanded a collective labor agreement to ensure "a living wage and good, healthy jobs."

Amazon downplayed the impact of the strike, saying that packages would arrive on time with the majority of its 13,000 employees in Germany at 13 logistics centers working "as normal." The firm has dismissed calls from the union for labor negotiations and has defended its work environment.

Amazon insists it is "one of the best employers in the logistics industry."

In France, the company also faced disruption as activists gathered outside an Amazon headquarters building in the Clichy district of Paris. The protesters — who blame Amazon for excessive consumerism and overproduction — staged a sit-down protest outside the front gates to coincide with Fridays For Future protests across the world.

US digital giant Amazon has filed a sealed lawsuit contesting the Pentagon's move to award a $10 billion deal to Microsoft. US President Donald Trump and Amazon CEO Jeff Bezos are engaged in a long-running row. (23.11.2019)