Georgia, Ukraine Set for Disappointment at NATO Meeting | Europe | News and current affairs from around the continent | DW | 01.12.2008

Despite intense lobbying, Georgia and Ukraine look certain not to be offered a fast track towards NATO membership at a meeting of alliance foreign ministers in Brussels on Tuesday, diplomats said. 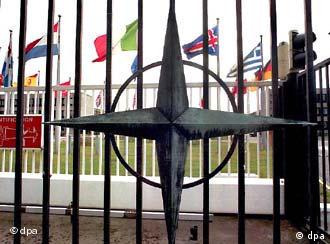 The highly contentious issue of NATO expansion was taken off the table ahead of the meeting in light of the lack of unanimity among alliance members over the issue.

"A great many countries think that Georgia and Ukraine have not made enough progress to even be considered for the Membership Action Plan (MAP)," a trial period prior to being allowed into the western alliance, said Thomas Steg, deputy spokesman for the German government.

US Secretary of State Condoleezza Rice said she felt the time had not yet come to offer the two former Soviet republics a MAP.

"Georgia and Ukraine are not ready for membership. That is very clear," Rice said.

In April, at a summit in Bucharest, alliance leaders agreed that Georgia and Ukraine would join NATO at an unspecified future date, but failed to find the consensus needed to offer them a MAP.

The summit called for progress on reforms that would bring the two states closer to membership, and tasked NATO foreign ministers with giving an initial assessment of that process in December.

'No reason' for immediate expansion 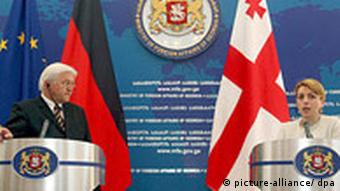 Since then, the Georgian and Ukrainian governments have lobbied intensively for a MAP, with the US their most vocal supporter.

But given the summer's war in Georgia and the collapse of the Ukrainian government, the member states which most opposed giving the two countries a MAP in April -- Germany, France and Italy -- have argued that now would be the wrong time to make a membership offer.

There is "no reason" for the alliance to go further than the April agreement at this stage, German Foreign Minister Frank-Walter Steinmeier told the German parliament Wednesday, Nov. 26.

Since it would take a unanimous decision by NATO members to offer either country a MAP, diplomats say it was highly improbable that either would receive the coveted plan Tuesday.

Commissions to weigh up expansion

Ministers now look set to use Tuesday's meeting to focus on the question of how much power NATO should give to the cooperation commissions it has set up with each country to judge their readiness for membership.

"We believe that the NATO-Georgia Commission and the NATO-Ukraine Commission can be the bodies with which we intensify our dialogue and our activities with Georgia and (Ukraine)," Rice said.

However, that question also looks set to be divisive, with the skeptics of Georgian and Ukrainian NATO membership fearing that the US and Britain were attempting to bring the duo closer to membership without following the formal MAP procedure. 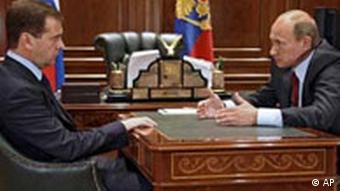 Ministers are also set to discuss relations with Russia, after they agreed to suspend all high-level meetings with the Moscow following the Georgia war.

The Russian government is currently lobbying for the creation of a new "security architecture" in Europe which would sideline NATO, a force Moscow sees as an outmoded "product of the Cold War."

But any such security facelift would require NATO's unanimous approval, something member states seem unlikely to give at present.

The ministers are also expected to discuss operations in Afghanistan and against pirates in Somalia, after the alliance's top commander called Monday for a 40-percent boost in troop numbers in the fight against the Taliban.

German Chancellor Angela Merkel affirmed her opposition to quickly admitting Ukraine and Georgia to the North Atlantic Treaty Organization (NATO) through a spokesman on Monday. (01.12.2008)

Georgian President Mikheil Saakashvili demanded Thursday that his Caucasus republic be offered a timetable showing what it must do to qualify for membership in NATO. (20.11.2008)