US President Barack Obama has nominated General Philip Breedlove to be NATO's next Supreme Allied Commander Europe. The 57-year-old four-star general needs Senate approval to take up the role. 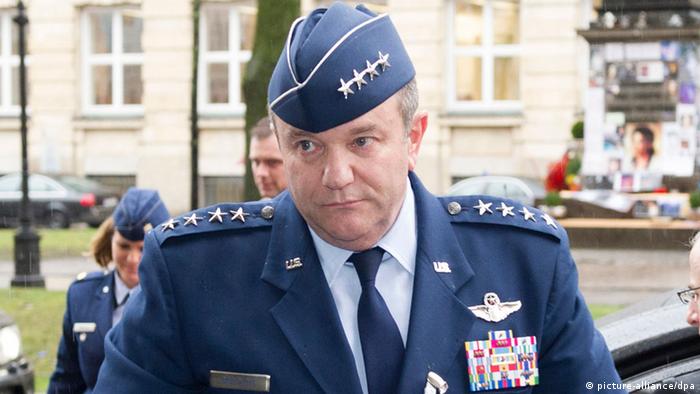 US President Barack Obama and the North Atlantic Treaty Organization (NATO) on Thursday nominated General Philip Breedlove, currently the commander of the US Air Force in Europe, as the next commander of NATO military operations.

"General Breedlove has established trust and deep relations with our NATO allies and partners – assets he will draw upon in taking on this important new role on behalf of the United States and the alliance," Obama wrote in a statement. "For over three decades, General Breedlove has served with distinction in assignments at all levels of the US Air Force and around the globe, from Washington to Germany, Italy, Spain, and South Korea."

Breedlove's nomination still has to be approved in the US Senate.

The Supreme Allied Commander Europe (SACEUR) post has been held by a US general since NATO was founded in 1949, while the alliance's secretary general role is traditionally reserved for a European.

Breedlove, 57, was an F-16 fighter pilot and then instructor, who logged more than 3,500 hours in the air. Among other posts, he spent much of his career at the major US air base in Ramstein, Germany. He has combat experience from missions over Bosnia during the war in the 1990s.

If confirmed by the US Senate, he would take over from Admiral John Stavridis, who became SACEUR in 2009.

Current ISAF commander General John Allen was formerly considered a frontrunner for the post, but he withdrew from the running last month following a sex scandal that ended the career of former CIA director David Petraeus.