Gambia: 'There is fear. Everybody is fearful'

In two weeks time, President Yahya Jammeh of Gambia faces a deadline to hand over power to his elected successor. If he misses it, he faces the threat of a military intervention by regional ECOWAS forces. 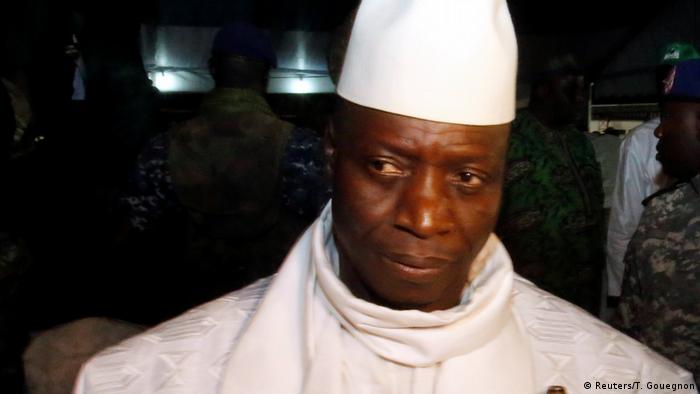 Tension is mounting in Gambia as the January 19 deadline for President Yahya Jammeh to hand over power to his elected successor Adama Barrow looms.

Earlier this week, Gambia's army chief General Ousman Badjie pledged his loyalty to Jammeh, who has refused to accept defeat in the election held on December 1, 2016.

DW has been talking to Alex Vines, head of the Africa program at the Chatham House think tank in the UK.

DW: What impact is the general's pledge of loyalty likely to have on any decision by ECOWAS to send troops into Gambia?

Alex Vines:The decision of the general to support President Jammeh is unsurprising. The military - some of them - are very insecure, particularly after one of the aides to President-elect Adama Barrow suggested that they would prosecute President Jammeh within a year and suggested that people around him might also be indexed.  That has frightened the military as well as having frightened President Jammeh. The question is what is going to happen now in terms of ECOWAS's calculations. ECOWAS, I think, will continue to focus on the need for a peaceful transition of power on January 19, which is the last day that Jammeh is legitimately president of Gambia.  ECOWAS will wait until then and there will be more shuttle diplomacy, but it's been very clear - backed up by a statement from the UN Security Council, the African Union and ECOWAS - the Economic Community of West African States - that President Jammeh needs to recognize the election result and transfer power. That hasn't changed.

What can you tell us about Gambia's army chief General Ousman Badjie? How much loyalty does he inspire in his troops?

He has some support but not whole support and I think that is really the question here. If there were to be an ECOWAS intervention, which is a possible scenario now, with military support probably vanguarded by Senegal, one wonders how united the Gambian military would be, let alone its ability to combat an ECOWAS-disciplined force entering the country. At the moment the stakes rise, I imagine there will be a lot of shuttle diplomacy by the region and the UN to try and find a soft-landing option for President Jammeh and I think that is where the focus will be now. It will be buttressed by strong diplomatic language. So this is a bit like a game of chess at the moment, but January 19 really is the key date and that's the one that everybody is looking at.

Why do you think the general has chosen to voice support for Jammeh at this particular moment?

Look, there is fear. Everybody is fearful. President-elect Adama Barrow and his supporters are fearful. The head of the Electoral Commission is fearful and has gone into hiding, possibly left the country and President Jammeh and his supporters are fearful.  So there is an issue here of how to build up trust and provide a soft exit for this stand-off, because Gambia can ill-afford instability. Its economy is doing poorly. It needs investment and it needs a peaceful transition.

Apart from the fear you mentioned, is the general's career inextricably tied to the fate of President Jammeh?

This is real politics and people can move their loyalties, but at the moment that is where his loyalty lies. I imagine, though, that there is a lot of fluidity here. There is a lot of rumor and hearsay, speculation that mercenaries, including people who fought for the [Charles] Taylor regime in the last decade, people like Benjamin Yeaten, have moved into Gambia. Who knows? But there is a lot of uncertainty as we move towards this tripwire date of January 19th.

Gambia's outgoing President Yahya Jammeh has two more weeks to go, yet he says he is not leaving office, causing increasing tension. DW spoke to Halifa Sallah, the spokesperson for the opposition coalition. (04.01.2017)

Gambia's top military commander has restated his loyalty to long-time President Yahya Jammeh, despite his election defeat. Previously, several African states warned they might send in troops if Jammeh ignores the result. (04.01.2017)