Europe's planned satellite navigation system came a step closer to completion on Friday with the launch into orbit of two more satellites. The launch means the system can now be tested. 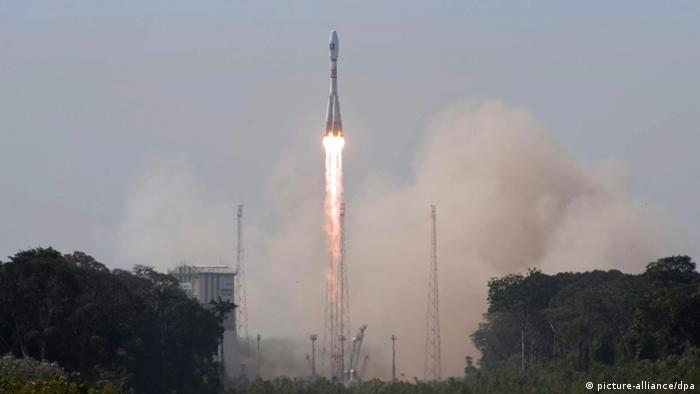 The two 700-kilogram satellites join a first pair of satellites launched in October 2011.

Together, they enable the Galileo navigational system to be tested, as four is the minimum number of satellites needed to gain a navigational fix on the ground.

The European Space Agency (ESA) described the launch as a "significant milestone."

"The four satellites launched on Arianespace's VSO3 (on Friday) and (last year's) VSO1 missions will form an operational mini-constellation that enables a validation of the Galileo system," the ESA said in a release.

Galileo is ultimately to consist of 30 satellites, six more than the US Global Positioning System (GPS). The system is scheduled to become operational for the public by 2012, when 18 satellites should be in place, with the rest to follow by 2020.

It is claimed that the system will be accurate to within a meter (3.25 feet). The GPS, which is being upgraded, is currently accurate to between three and eight meters.

In May, the European Commission said the cost by 2015 would be 5 billion euros ($6.45 billion). Galileo is a joint initiative of the ESA and the European Union.

Spain's satellite, the SEOSAT-Ingenio, was billed as the latest in high resolution land imaging technology. Originally, we presented what it would have done. But its launch vehicle, a Vega rocket called VV17, failed.