G7 Ends Talks with Pledge to Stimulate Global Recovery | Europe | News and current affairs from around the continent | DW | 14.02.2009

Finance ministers and central bankers from the G7 most-industrialized nations ended talks with a pledge to re-establish confidence in the global financial system and to stimulate a worldwide economic recovery. 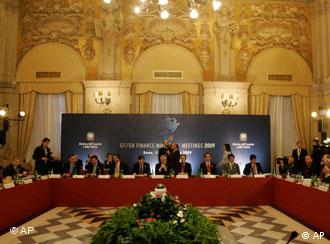 A concluding statement after the gathering of the Group of Seven in Rome on Saturday, Feb. 14, also renewed a commitment to avoid protectionist measures.

"An open system of global trade and investment is indispensable for global prosperity," the statement said.

Ahead of the talks -- which marked the first international appearance of new US Treasury Secretary Timothy Geithner -- European leaders had voiced concern over protectionism. 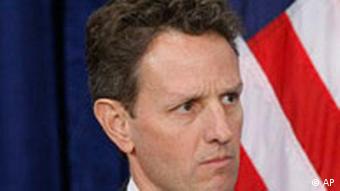 It was US Treasury Secretary Timothy Geithner's first international appearance

Geithner said he had briefed his G7 counterparts from Japan, Germany, France, Britain, Italy and Canada, on Washington's plans to get the US economy back on track.

The measures "must be implemented in a way consistent with our international obligations," Geithner told a news conference after the meeting.

He was referring to commitments made by the United States and other World Trade Organization (WTO) member nations to refrain from raising new trade barriers.

Italian Economy Minister Giulio Tremonti, whose country holds the current G7/G8 presidency, said he thought protectionism remains a danger "not only for those nations like Italy whose economies are based on exports." 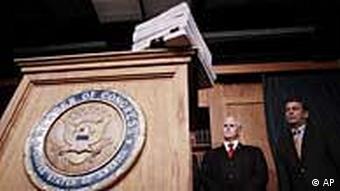 There are fears that the US stimulus package could be protectionist

"But for now the 'Buy this and Buy that' remain political slogans," Tremonti said, adding he believed the WTO agreement provided, "for now," a guarantee against protectionism.

With the severe economic downturn "expected to persist through most of 2009" G7 members said they wished to prioritize measures to strengthen the crisis-ridden banking sector.

"We need to make banks strong enough so that they can be supportive of economic recovery," Geithner said.

These measures, participants agreed, would also require the establishment of regulatory and oversight mechanisms to prevent a repeat of the banking crisis, which most analysts say is at the root of the current downturn.

G7 finance ministers have asked their deputies, in consultation with partners from emerging economies, to prepare by July a progress report on an "agreed set of common principles and standards of propriety, integrity and transparency of international economic and financial activity," the statement said.

The G7 ministers did not identify a body which would eventually take on the task of introducing new norms and regulations and providing oversight over their implementation. 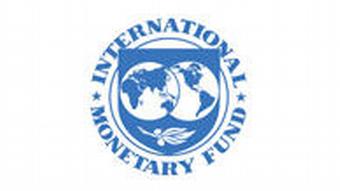 The International Monetary Fund could have more powers in the future

However, they agreed that a "reformed International Monetary Fund (IMF), endowed with additional resources is crucial to respond effectively and flexibly with the current crisis."

Germany, for its part, would "take part, if required" in providing financial support to the IMF, German Finance Minister Peer Steinbrueck said.

The Rome meeting came ahead of April's Group of 20 (G20) summit in London, which includes representatives from nations with emerging economies.

G7 participants on Saturday stressed the important role of such emerging countries such as China, India and Brazil in safeguarding international financial stability and economic growth.

In particular, they welcomed "China's fiscal measures and continued commitment to move to a more flexible exchange rate."

Financial leaders from the Group of Seven (G7) most-industrialized nations resumed talks on Saturday morning and moved towards a commitment to re-establish confidence in the stricken global financial system. (14.02.2009)

Top economic powers urged action to help the world scramble out of a deepening recession, as their stimulus plans came under scrutiny on Friday at high-stakes talks of the Group of Seven finance leaders. (13.02.2009)

The world's seven leading economies agreed to do everything in their power to beat a financial crisis threatening to plunge the world into recession, saying they will use "all available tools" to save tottering banks. (11.10.2008)