From Pole to Pole

DW travelled to an Arctic research station near the North Pole to learn more about climate change research. Click on the gallery below for a glimpse into the region and the lives of the scientists working there. 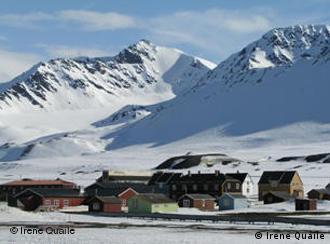 How much longer will the snow last?

The International Polar Year (IPY) is a large scientific program focused on the Arctic and the Antarctic from March 2007 to March 2009.

Deutsche Welle is cooperating with Germany’s renowned Alfred Wegener Institute for Polar Research and a network of radio stations in the USA, the UK, Australia and New Zealand to report on the polar research taking place during the IPY, with a special focus on climate change.

Join DW’s Irene Quaile as she pays a visit to the international Arctic research station on Spitsbergen, Svalbard. Her radio documentaries will be presented on Living Planet starting in August.

June 5th is World Environment Day and this year the United Nations is marking the day in Tromso, a picturesque town in Norway’s arctic region. The motto of the meeting: Melting Ice – A Hot Topic? (05.06.2007)

Global Warming Is Affecting All Corners of the Planet

Living Planet focuses on the latest issues surrounding global warming and climate change. We look at how the topics affect both the planet and people. (28.06.2007)

German Chancellor Angela Merkel said Thursday that G8 leaders struck a "very successful" agreement aiming to halve greenhouse gases by 2050, adding the accord was "a clear commitment to continue the UN climate process." (07.06.2007)

Listen to Living Planet's 30 min special on the research station on Svalbard.

Listen to Living Planet's 30 min special on the research station on Spitsbergen.