From Anti-Antifa to Reichsbürger: Germany′s far-right movements | Germany | News and in-depth reporting from Berlin and beyond | DW | 22.10.2016

Domestic intelligence in Germany has many extremist groups under surveillance. The right-wing "Reichsbürger" is only one of them. DW takes a look at other groups which have come to the attention of authorities. 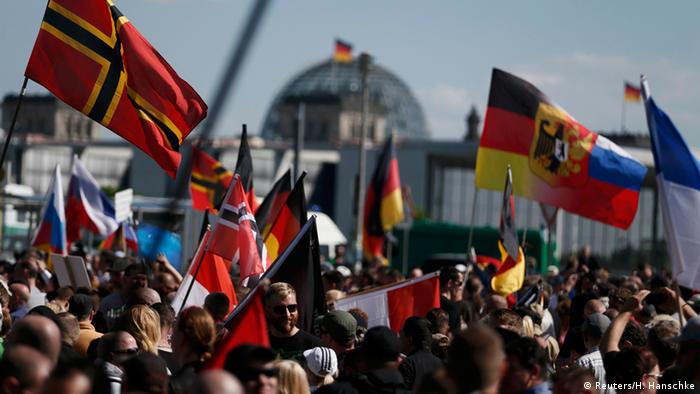 The violent death of a police officer in Bavaria has suddenly thrown the Reichsbürger movement into the media spotlight. Before the attack, not even the German Office for the Protection of the Constitution, the domestic intelligence agency, considered the group to be dangerous even though it does not recognize the present German state, calls Angela Merkel a "Jewish Freemason" and longs for the German borders of 1937.

About three dozen associations, fellowships, open networks and organized political parties in Germany promote right-wing extremist ideals, which include anti-Semitic, anti-Islam and xenophobic views. In its recently published report for 2015, the Office for the Protection of the Constitution states that there are 22,600 registered members of right-wing extremist groups in Germany and that 8,000 of them are prepared to use violence. After years of decline, there has been a surge in right-wing extremism since 2014.

Here is a selection of groups in the vast and at times murky right-wing scene:

This group has its roots in France and was launched on social media. It has been active in Germany since 2012. The movement opposes - as stated on its website - "uncontrolled mass immigration" and the "loss of identity through foreign infiltration." Sympathizers express their hatred of foreigners and Muslims at demonstrations, on their flyers and on stickers. They have contacts with the AfD (Alternative for Germany), a right-wing populist political party. Domestic intelligence in Germany has approximately 400 members of the "Identitäre Bewegung" under surveillance.

This militant, open fellowship believes in neo-Nazi ideals. Their 200 right-wing music groups play concerts across the country to spread their views. In 2001, fake anthrax was sent to the Jewish community in Aachen, western Germany. The alleged perpetrator group from the network known as "Kamaradschaft Aachener Land" (Fellowship of the Aachen Region) was banned in 2012. Many former members are now involved in other fellowships or are still active what is known as the "Pro Bewegung" ("Pro movement") a loose network of local right-wing organizations.

Many people associate this network of right-wing voters' associations and small parties with the city of Cologne because of the massive protests "Pro-Köln" (Pro-Cologne) stages in the city. "Pro-Köln" representatives even won seats in the city council in 2004. 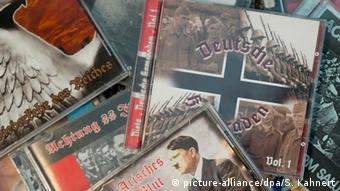 Far-right bands use music to promote their message

Their activities are mostly directed against foreigners, the construction of mosques and the alleged "Islamization of Germany." Many of the 800 members were once in right-wing parties such as the NDP, DVU and the Republikaner (more information below) or the failed racist movement "Deutsche Liga für Volk und Heimat" ("The German League for the people and the homeland").

The Office for the Protection of the Constitution has classified this small party, founded in Heidelberg in 2013, as right-wing extremists and believes it a violent organization. This group also shows how close ties are with other right-wing forces. Former officials of the NPD and "Freies Netz Süd" ("Open Network South") have found a new home here. The alleged "third way" to conduct politics supposedly bypasses communism and capitalism. So what is left are nationalist ideologies and attacks on refugee shelters.

About 900 activists belong to this movement, which stages public resistance to groups such as Antifa (anti-fascists). The right-wing group often clashes with anti-fascist groups at demonstrations. Among the supporters of Anti-Antifa is "Das Deutsche Rechtsbüro" (The German Bureau of Rights). This "Rights'" group provides legal aid to right-wing nationalists who face criminal charges, spreads tips for avoiding legal prosecution and finds legal counsel for those who need it.

According to findings of domestic intelligence and social researchers, women actually make up the majority of people who believe in right-wing ideologies, even though men are in the public eye more often. So it is only logical that the far-right, ultranationalist party Nationaldemokratische Partei (NPD), the National Democratic Party of Germany, founded a sub-group to lend a voice to "nationalist-thinking women in the party." 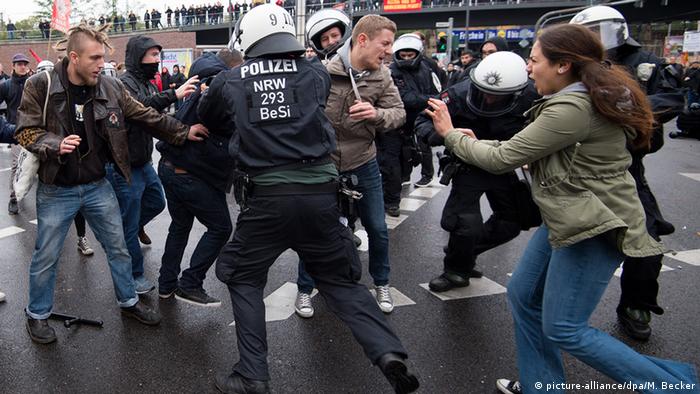 Groups on the decline:

This party is considered to be the traditional go-to party for advocates of the far right. Founded 1964, the NPD found some success in eastern parts of Germany but now suffers from a drastic drop in membership - it has fewer than 5,000 members. Proceedings on the ban of the party are currently running at Germany's Constitutional Court in Karlsruhe. A decision was expected this autumn but the proceedings have been prolonged.

The German Office for the Protection of the Constitution considers this party to be insignificant in the far-right scene because a large portion of its 6,000 members have clearly distanced themselves from NPD ideas or other far-right ideologies. The party was originally founded by former Christian Social Union (CSU) members and it still promotes ideas that can be classified as right-wing populist. According to election research findings, the NPD and the Republicans both lost potential voters to the AfD. 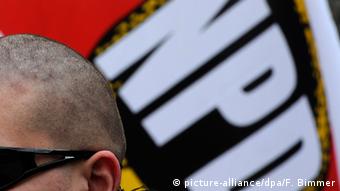 The NPD is no longer represented in any German state parliament

This is one of many associations that disbanded after many internal conflicts and without the intervention of intelligence agencies. The DVU, which stood for xenophobia and neo-Nazi ideals, held seats in many German state governments and even once achieved double-digit percentages in Saxony-Anhalt's state elections. An attempt to merge with NPD failed. In 2012, the DVU faced the same fate as the now defunct "Deutsche Reichspartei" and the "German Social Union."

This club from the northern German city of Kiel once tried to influence young people through camps, martial arts groups and brainwashing sessions. They wanted to establish a neo-Nazi elite. Before them, groups like "Wiking Jugend" ("Viking Youth") tried to do the same. All of these organizations were banned. Former interior minister Wolfgang Schäuble responded to the group by pronouncing an immediate ban in 2009 because of their national socialist views.

The number of anti-government activists is growing in the US. They do not pay taxes, print their own documents - and occasionally shoot and kill police officers. DW takes an in-depth look at these "sovereign citizens." (20.10.2016)

Far-left riot in Berlin ends in injuries and arrests

Left-wing extremists and police have clashed in Berlin after months of tension. Some 1,800 officers were on duty to patrol demonstrators upset with the constant police presence outside a popular left-wing meeting point. (10.07.2016)

Is Germany going too far in trying to control right-wing extremists?

Leftist groups are often seen as something positive in Germany, a nation still dealing with its Nazi past. But radical left-wing militants are stepping up violent attacks on right-wing groups and political parties. (07.06.2016)