A strong earthquake on a different fault has shaken Indonesia's Lombok island a fortnight after 460 people died after a tremor. Several more people have been reported killed. 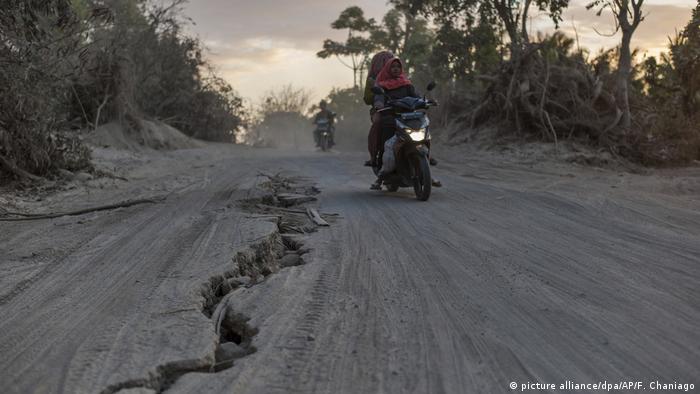 A shallow magnitude 6.9 quake hit Indonesia's remote Lombok Island just after 10 p.m. local time Sunday (1500 UTC), causing a number of landslides and panic in some villages. It was followed by multiple aftershocks. At least five people are believed to have died.

Earlier on Sunday a 6.3 quake caused landslides and damaged buildings.

Patients in a hospital on the island of Sumbawa, 10 kilometers to the east of Lombok were evacuated for fear the building would collapse. 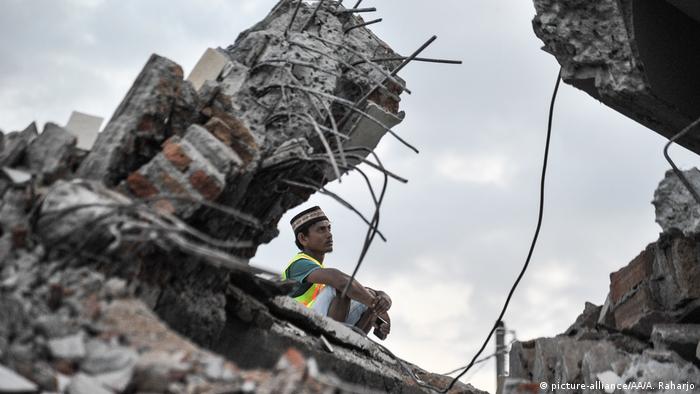 He said a community hall damaged by earlier jolts in Lombok's Sembalun subdistrict had collapsed.

Video shot by the Indonesian Red Cross showed huge clouds of dust billowing Sunday from the slopes of Mount Rinjani, an active volcano.

"The earthquake was incredibly strong. Everything was shaking," said local resident Agus Salim, who had been sleeping in an evacuation tent.

"I had just fallen asleep when suddenly it started to shake... Everyone ran into the street screaming and crying," he said, adding that a power blackout followed. 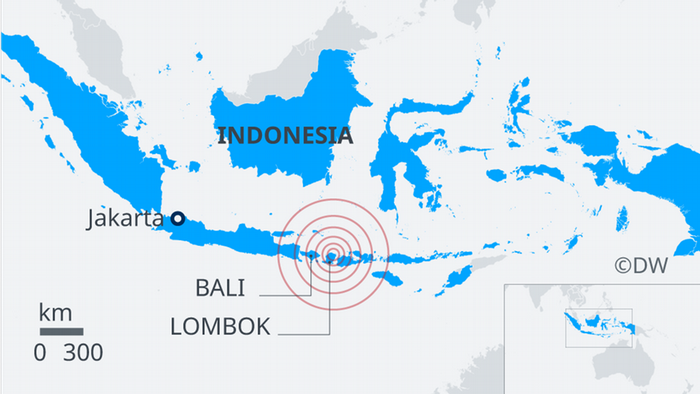 A map showing the reach of the Lombok earthquake

The island, which is just east of Bali, has been hit by a number of quakes and aftershocks since July 29.

Damage from the earthquake has been estimated at least 5 trillion rupiah (€300 million, $343 million).

Indonesia, an archipelago of thousands of islands, straddles the Pacific "Ring of Fire" and is prone to earthquakes and volcanic eruptions.

Also on Sunday, a massive magnitude 8.2 earthquake struck in the Pacific Ocean near Fiji and Tonga, which are also on the "Ring of Fire."

The US Geological Survey said the quake hit 361 kilometers (224 miles) east of Fiji's capital, Suva, at a depth of 563 kilometers.

The Fijian government's Seismology Unit issued a statement saying that the earthquake did "not pose any immediate threat to the Fiji region due to its deep depth."

At least 14 people have died on the island, with a large number of buildings destroyed. The island is popular with tourists. (29.07.2018)