Due to the financial squeeze, the French are opting to eat in rather than enjoy a meal at a local bistro or brasserie. The result? Thousands of restaurants have gone bankrupt in recent months. 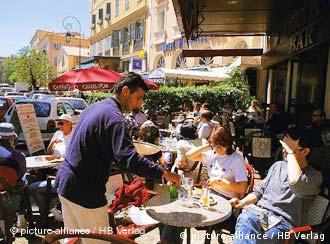 Falling prey to the financial squeeze, in France the tradition of dining out is facing eradication. The problem began well before the current financial crisis, as almost 3,000 restaurants went bankrupt in the first three months of the year.

Tightening their purse strings, office workers have been opting to grab a sandwich during the day rather than enjoy a pricier bite to eat in a cafe or restaurant. The French have also started dining in for their evening meals more and the country's dining establishments are definitely noticing this change.

Going out for just a light bite 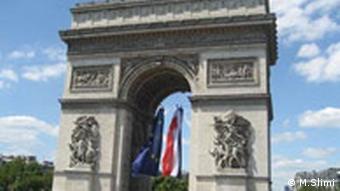 If restaurants continue to close, tourists will have to be satisfied with sightseeing alone

Jean, who did not provide his last name, is the manager at a restaurant near Paris' famed Arc de Triumph. While he claims the restaurant still draws roughly the same number of patrons as it has in the past, he said he's noticed their hesitance to splash out cash on their meals.

"It's not that there are fewer people, but that the total amount from the bills is lower," he said. "They've stopped ordering all the extras: aperitifs, expensive wines, hors d'oeuvres."

The restaurant crisis in France has been a regular topic on the nation's radio airwaves, as restaurant revenue in the country have dropped by 20 percent to 30 percent. The industry has suffered the most number of bankruptcies after construction and estate agents. 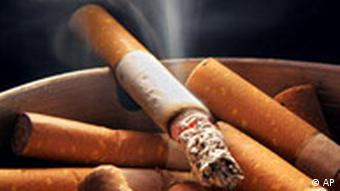 Restaurants in France are no longer smoker-friendly

But while the worsening financial situation is viewed as a major factor in the declining business for restaurants, others point to the recently implemented ban on smoking in restaurants and other tough regulations for driving away business.

Bernard Cartier of the Hotel Industry Union claims that the government needs to step in and help dining establishments cope with the various restrictions they face.

"We're asking for an action plan for the whole of the profession," he said. "There's the question of spending power, the smoking ban which amplified the problem and then we also get demonized regularly about alcohol, noise, and so on."

With more and more restaurants closing their doors for good each day, surely the French would welcome such an interjection from the government. After all, says Cartier, "Restaurants are convivial, festive, social places, essential for society -- and it's vital that they remain so and survive."

The financial crisis is hitting Russian oligarchs hard too, but there's no sign of them tightening their belts. Russia's rich are still digging deep into their pockets, especially when it comes to having fun. (08.11.2008)

French President Nicolas Sarkozy said EU countries were united on Friday ahead of a world summit in Washington on reform of the global financial system, although differences in emphasis remained. (07.11.2008)

The European Commission wants to ban smoking in bars and restaurants across the European Union, officials in Brussels said Monday, Oct. 27. (27.10.2008)