French President Francois Hollande's hairdresser is reportedly paid almost 10,000 euros a month. The news does nothing to boost the president's ailing poll figures, the lowest in French history. 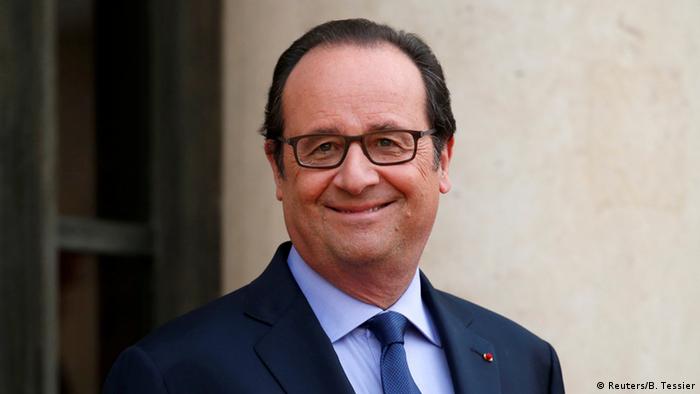 The satirical weekly magazine "Canard Enchaine" on Wednesday published the contract of Hollande's hairdresser, identified as Olivier B, who has been employed since 2012 and travels with the president on most of his foreign trips and had to give up his Paris hair salon in order to take the job with the president.

"I can understand the questions, I can understand that there are judgements," government spokesman Stephane Le Foll said, confirming the hairdresser's salary of 9,895 euros ($10,900) per month. "Everyone has their hair done, don't they?" asked Le Foll.

A weak economy, stubborn unemployment levels and several scandals have pushed Hollande's popularity rating to the lowest levels ever seen in modern French history. Like the government's, Olivier B's work is largely damage limitation, dealing with the 61-year-old's receding hairline

Hollande himself earns an annual wage of 179,000 euros a year or 14,900 euros a month. Elected in 2012, he has always portrayed himself as "Mr Normal," in contrast to his flashy predecessor Nicolas Sarkozy.

The hashtag #Coiffeurgate was trending on Twitter in France.

One Twitter user suggested other balding candidates for the presidency in 2017, such as Alain Juppe of the opposition Republicans, to save taxpayers' money.

Several tweets showed Hollande with rock-and-roll and punk haircuts and in various other guises as the Queen of England, former Paris Saint-Germain soccer star Zlatan Ibrahimovic, and the president's ex-partner Valerie Trierweiler.

Crisis in France - How Wounded Is the Grande Nation?