The recent move by a French Internet Service Provider (ISP) to block Google ads has revived the debate on who should pay for data transmitted on the Internet. Will ISPs continue to bear the brunt? 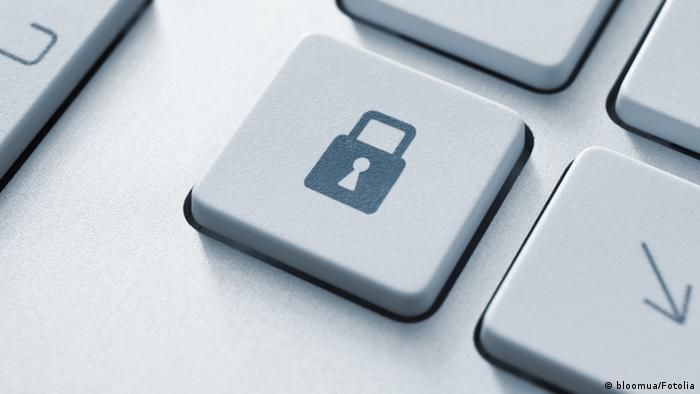 For a few days, Internet subscribers of Free – an Internet Service Provider (ISP) in France – were able to watch videos on YouTube and use Google without having to see advertisements. To a lot of Internet users, ad-free Internet sounds like a welcome change. But the move by Free, the second largest ISP in France, has nothing to do with consumer satisfaction. Like many other ISPs, it believes that it's unfair for Google to make money from ads while the ISP bears the cost of transmitting the traffic across its network.

Free determined to get a deal with Google

Last year, Google reached an agreement with Orange (France's largest ISP) to pay for some of its traffic. So for months, Free has tried to get Google to negotiate a similar deal by significantly restricting the amount of traffic at peak times. This has made it hard for Free's Internet subscribers to stream and watch Google's YouTube during those times.

Last Thursday (04.01.2013), in an attempt to move things along, Free released a software update for its router, which installed a blocking feature. "This marked the first time any major ISP anywhere installed ad blocking at the ISP level," according to a recent article by Ars Technica, a technology news site. Until now, ad blocking has been done at the browser level. 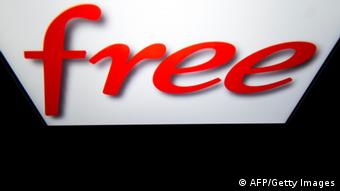 Free is known to be maverick, says Charlotte Davies

On Monday, Free temporarily lifted its block on Google ads. But its actions have prompted meetings with the French government and other stakeholders in the industry. In addition, ARCEP, the French telecommunications regulatory body, announced that it would be investigating Free's attempts to restrict YouTube traffic during peak hours.

By blocking ads from Google, Free was risking a backlash.

"If they hadn't overturned this, it is entirely likely that Google would have been able to restrict their services," says Anthony Mullen, a technology analyst at Forrester Research.

So far, Google has not taken any action against Free. But it probably would have, had Free continued to block its ads. French news channel BFM TV estimates Google could lose nearly half a billion euros a year if Free turns on its blocking again - that's close to a third of its turnover in France.

But the ISP didn't break the law. Its attempts to block Google ads are not covered by French law, Fleur Pellerin, the country's Digital Economy Minister told daily Le Figaro in an interview.

She has shown some sympathy with the ISPs, who feel that they are paying too much to host the traffic from companies like Google. Still, it is highly unlikely that the ad blocking function will remain on Free's routers, according to Charlotte Davies, a telecommunications analyst at Ovum. 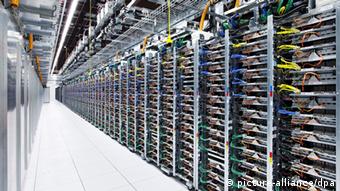 Data centers like this store Google's huge mass of data

"The most likely outcome is that Free may retain the function but it will be an opt-in function that customers can choose if you like," she says.

Someone will have to pay

For now, it comes down to net neutrality - the principle that ISPs and governments should treat all data on the Internet equally. This is an idea the EU supports, and it was reiterated by western countries at the International Telecommunications Union (ITU) conference on the Internet in Dubai.

Google, and other similar companies, may need to enter into agreements with ISPs to compensate them for some of the traffic - as Google did with Orange in France. Otherwise consumers may have to bear part of the cost by having to pay more to get access to videos.

It is hard to say how the debate on who pays for data will unfold, but experience with how the Internet is accessed on mobile devices may serve as an example. Initially, users had unlimited Internet access on their mobile phones in the Nordic countries and in the Asia/Pacific region, but Davies says that changed once mobile operators realized that this was too expensive. The same could happen with broadband Internet access.

Today, people view their broadband Internet like a tap which they can turn on whenever they want - unlike mobile Internet, which has a limited capacity, like a bottle of water, says Forrester Research's Mullen.

It is unlikely that this easy-going attitude will continue. Someone will have to bear the cost of the increasing amount of traffic that is sent on the Internet.

"It's not a discussion which is going to go away. It's not something that's only limited to what's just occurred in the French market," says Davies.

UN talks on Internet governance held in Dubai ended with many countries refusing to sign a treaty that would have changed the way the Net is regulated. (14.12.2012)

An Iranian official has announced Tehran is creating special software to control Internet access to social media. But experts doubt this will give the government complete control of cyberspace. (09.01.2013)