In the latest blow to the Saudi Salman dynasty, Princess Hassa bint Salman was found guilty in Paris for her complicity in a violent attack against a plumber in her luxury French apartment. 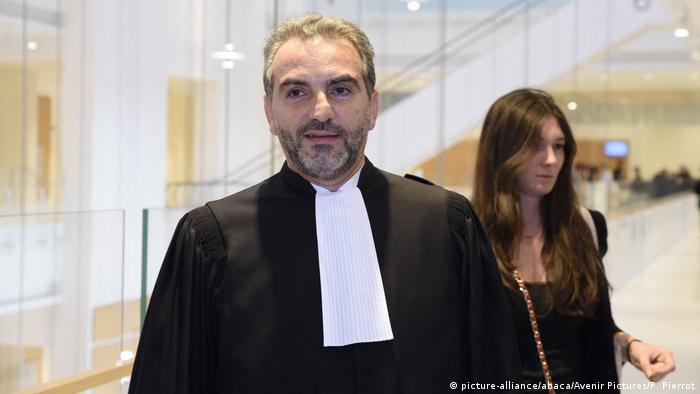 Saudi Princess Hassa bint Salman was found guilty by a French court on Thursday for her role in ordering the kidnapping and attack of a plumber in her luxury Parisian home.

The only daughter of the King of Saudi Arabia, who did not attend the sentencing, was given a 10-month suspended sentence in addition to a €10,000 ($11,000) fine in her absence for complicity in violence with the threat of a weapon and kidnapping.

This was a more serious punishment than sought by prosecutors, who had asked for a six-month suspended sentence and a fine of €5,000 ($5,480). The ruling followed the trial that began in July 2019.

'You'll see how you speak to a princess'

Prosecutors accused the 43-year-old princess of ordering a bodyguard to beat up Ashraf Eid, the plumber, in her Parisian luxury flat in 2016 after she noticed him using a cellphone to take photographs. On her orders, they said, the bodyguard tied the plumber's hands before punching and kicking him before forcing him to kiss the princess' feet. Eid told investigators that the pictures were of the bathroom and he needed them to carry out his work.

During the beating Princess Hassa allegedly said:  "You'll see how you speak to a princess, how you speak to the royal family."  Eid claimed that he was allowed to leave the apartment only after several hours, during which time his phone was destroyed, and that at one point the princess shouted: "Kill him, the dog, he doesn't deserve to live."

The princess has denied any wrongdoing, and her French lawyer, Emmanuel Moyne, said the entire investigation was based on falsehoods.

The Saudi monarch's daughter and older half-sister of Crown Prince Mohammed bin Salman left France shortly after the incident and has not returned since.  Her bodyguard, Rani Saida, was present in court and was found guilty on charges of violence, sequestration and theft. He was handed an eight-month suspended sentence and a €5,000 fine.

A picture of abuse

The ruling speaks to a growing recognition of problems arising from families who bring their domestic workers to work for them in Europ,e and the manner in which they treat workers in their homes. A study published by the EU Agency for Human Rights, released in June 2019, found a litany of problems throughout Europe with the way domestic and migrant workers are treated and "paint a rather bleak picture of exploitation and abuse."

Germany halted a police training mission in Saudi Arabia following the murder of journalist Jamal Khashoggi. Now the government wants to restart it and emphasize "principles of human rights." (10.09.2019)