French bank Credit Agricole has made a deal with US investigators to avoid criminal charges for helping sanctions-blocked countries move money through the US. The arrangement was announced by US regulators. 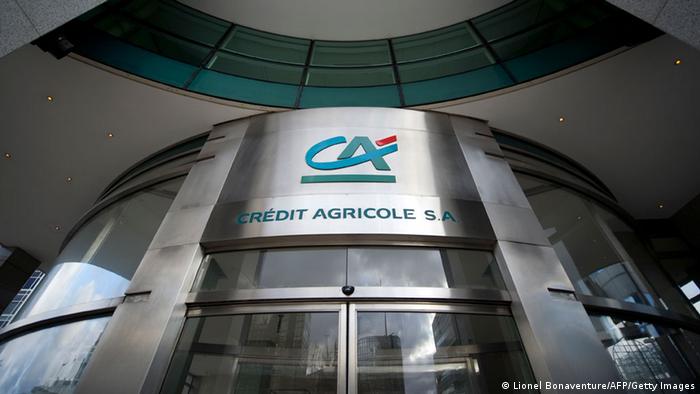 Under the settlemen announced by US regulators on Tuesday, the bank will pay a $787-million (693-million-euro) fine for illegally handling billions of dollars in transfers to and from countries under US sanctions, including Iran, Sudan and Cuba, from 2003 to 2008.

A US court has fined France's BNP Paribas for breaking US sanctions, with the bank agreeing to suspend some activities. France's banking regulator has said it believes BNP to be capable of taking the financial hit. (30.06.2014)

In their quest against banks accused of helping rogue states do business in American dollars, regulators in the US have set their sights on another European financial giant: Germany's Commerzbank. (08.07.2014)

The arrangement, known as deferred prosecution, allows the bank to avoid a guilty plea and criminal charges if it pledges not to engage in similar behavior in the future.

Credit Agricole will face close oversight for a period of roughly three years to ensure it is complying with the terms of the deal.

Credit Agricole is the latest foreign bank to settle with US authorities over sanctions violations. Rival bank BNP Paribas paid a record sum of $8.9 billion earlier this year for similarly illicit transactions.

The deal was made with the Department of Justice and other US agencies, including the Treasury Department, the Federal Reserve and the New York Department of Financial Services.