The feline figure roaming the outskirts of Paris is not likely to be a tiger, French authorities have said. In the second day of the cat hunt, search efforts were stepped up to find the colossal kitty. 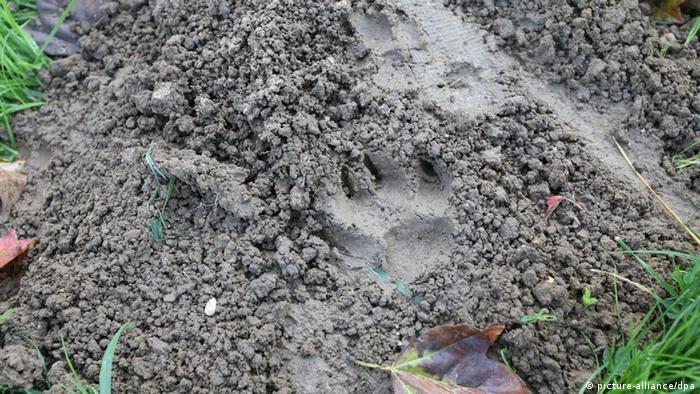 French authorities said on Friday that the large animal roaming around the French town of Montevrain, some 40 kilometers (25 miles) east of Paris, was likely to not be a tiger, but a different species of large cat.

"After an ivestigation carried out by the National Hunting and Wildlife Office in conjunction with the Parc ds Felins, we can exclude the presence of an animal from the tiger species. The feline ... is still being hunted," said authorities.

Efforts were stepped up as police and troops from a nearby army base patrolled the town with tranquilizer guns for a second day on Friday, in the search for a big cat that was first seen prowling around a supermarket car park on Thursday morning.

A photograph taken by the wife of the supermarket owner from a distance showed the outline of what looked to be a big cat with a reddish coat. A later unconfirmed sighting was reported at a tennis court.

Entrances to local schools were also guarded on Friday morning as a helicopter with thermal imaging searched from the skies in case an unwanted feline student should have made an appearance.

The latest clue left by the elusive big cat was at a service station near the A4 motorway. France's traffic center also said a "stray animal" had been spotted and urged motorists to exercise caution on the motorway.

Authorities still hope to catch the cat alive. They will try to tranquilize it "if it's possible," police said. "If it becomes dangerous or aggressive, the order will be given to kill it."

The animal rights group PETA has called on authorities to "show restraint and compassion in dealing with this tiger on the loose."

Tiger expert Gilbert Edelstein, from the 160-year-old Pinder circus, had advice for what to do when coming face-to-face with the big cat. "Whatever you do, don't run away. Predators like that wait for their prey to run," he said. "Scream as loud as possible. Even better - scream in German. The guttural sounds could scare him away," he added.

The big cat has also caused a social media frenzy under the hashtag #tigreenliberte meaning "tiger on the loose," with many tweeting pictures of their sleeping domestic cats saying, "Don't worry - the tiger on the loose is sleeping at mine." Following the sighting at a tank station, others tweeted various posters from the petrol company Esso, whose long running slogan was "Put a tiger in your tank!"

Authorites still remain bewildered as to where the animal could have come from. Amid initial suspicions that the animal was a tiger, it was thought that the cat had come from a circus that had set up in the supermarket car park a few days ago, but town mayor Christian Robache said it "did not have a tiger." A nearby wild cat animal park, the Parc des Felins, also said none of its animals were missing. A spokesman for Montevrain council, Clement Joly, said the animal was most likely kept as a private pet.