Freedom of assembly in Germany: Protected, but regulated | Germany | News and in-depth reporting from Berlin and beyond | DW | 06.04.2021 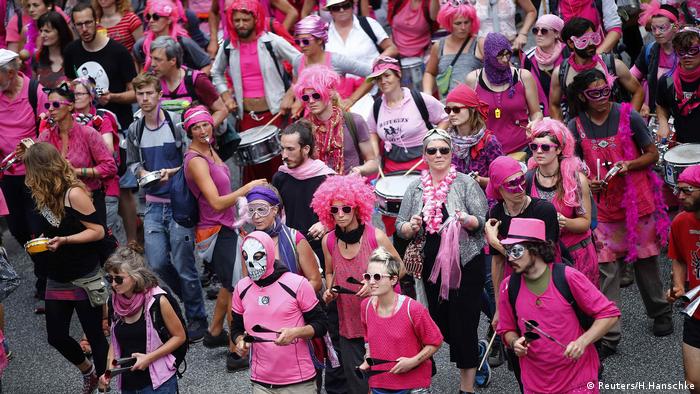 Germany has a long history of protecting people's right to assemble and carry out public protests, and it is enshrined as a fundamental right in the German constitution, or Basic Law, based on a law going back to 1848.

Article 8 of the Basic Law, entitled "Freedom of assembly," states the following:

(1) All Germans shall have the right to assemble peacefully and unarmed without prior notification or permission.

(2) In the case of outdoor assemblies, this right may be restricted by or pursuant to law.

Under the law, however, protesters or participants who demonstrate on a publicly-owned property, such as the streets of a town or city, must follow a number of rules. 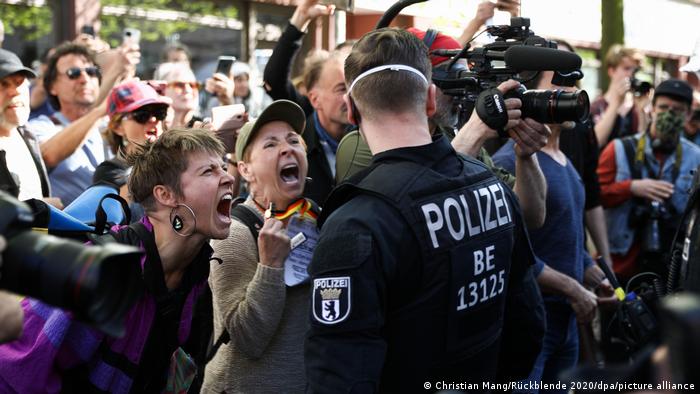 Protesters against COVID restrictions are vocal and often aggressive

Everyone in Germany has the right to gather in public to hold demonstrations, assemblies, or processions. However, such events, if outdoors, must be registered with authorities 48 hours before they are publicly announced. Spontaneous public assemblies are nevertheless permitted under certain conditions. Authorities can deny permission to hold such a demonstration or assembly if the event could endanger public safety or order.

Weapons: No, thank you

No weapons or objects that can be used as weapons or instruments of damage may be carried. However, if a demonstration divides into a violent and a non-violent group - as occurred in Hamburg - the law continues to protect the right of the peaceful group to publicly protest. Police sent to supervise the demonstrations may be armed, the majority of German police carry a service weapon when on duty.

No masks or uniforms

The wearing of masks or any other device aimed at obscuring the protester's identity is forbidden. But in pandemic times this has been waved to allow for protective medical masks.

Uniforms or parts of uniforms may not be worn, with exceptions being made for some youth groups, such as girl guides or scouts.

Banned political parties or groups may not rally

No political party or organization, or part thereof, that has been declared unconstitutional by the German Constitutional Court may hold a public assembly. 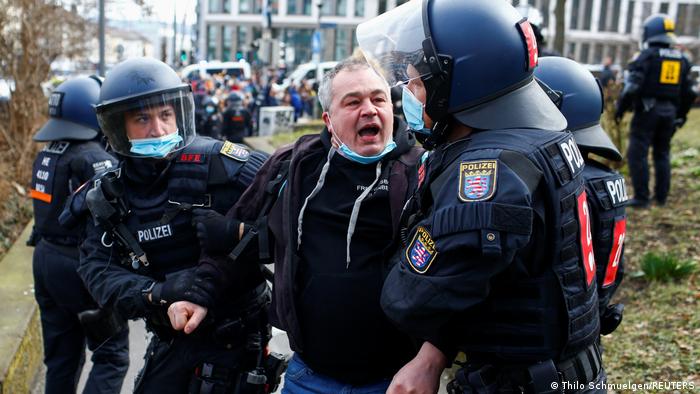 The state is forbidden to break up a demonstration that has been permitted, except as a last resort. This means that any danger to public order must come from the demonstration as a whole, not just some participants. In addition, authorities must prove that there is a concrete danger; mere suspicions or presumptions are not sufficient for a protest to be dispersed.

Demonstrations or public assemblies may not take place within a certain distance of legislative organs and the Constitutional Court unless permission is given by the interior minister or the president of the respective organ. Authorities can also forbid such events near memorials to victims of the Nazi regime, such as the Holocaust Memorial in Berlin.