German football legend Franz Beckenbauer has again insisted he did nothing wrong in helping Germany acquire the rights to host the 2006 World Cup. But questions remain about an unaccounted-for sum of 6.7 million euros. 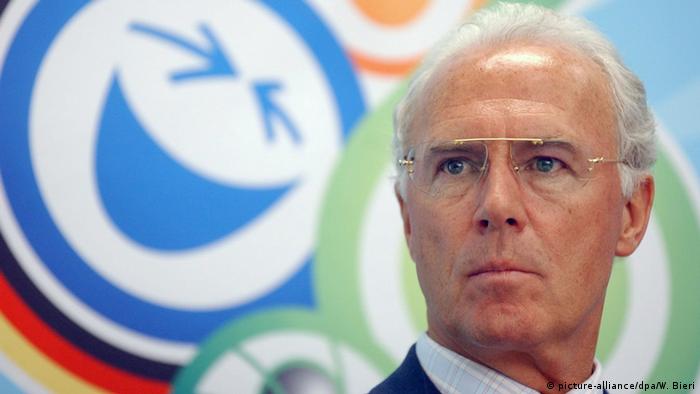 Beckenbauer has reiterated that he knew nothing about the money, which many - including Germany's respected Spiegel magazine - think may have been a secret slush fund. Instead he pinned any potential blame on to now deceased lawyer Robert Schwan, who was his personal manager.

"I had nothing to do with it," Beckenbauer told German daily Bild am Sunday. "Robert handled everything for me, from changing the light bulbs to important contracts."

Beckenbauer, who captained and coached Germany to the 1974 and 1990 World Cup titles respectively, was head of the organising committee for the 2006 finals, which are remembered in Germany as a "fairytale summer." But those memories were tarnished last year when Spiegel alleged that Germany had bought votes needed to win the right to host the Cup.

"I don't know what was done with the money in Qatar," said Beckenbauer. "We did not buy any votes. Definitely not."

Beckenbauer again insisted that the money was used to secure a subsidy from FIFA to help pay for the 2006 World Cup.

"Otherwise we would have not had a World Cup in Germany," he said. "Imagine if we hadn't got the World Cup ... what a disgrace that would have been for Germany."

The World Cup winner denied reports the German football association, the DFB, has tried to reclaim the 6.7 million euros from him, telling the newspaper "I don't know anything about that."

Beckenbauer insisted the headlines weren't going to damage his legacy.

"I am not going to allow my life's work to be ruined," said the 70-year-old. "I was a world champion as a player and coach. I helped bring the World Cup to Germany, which was a great success. It remains our summer fairytale."

Beckenbauer's name appears 564 times in the 361-page report produced by the inquiry, but the German says he has not read it.

"In hindsight, I might have made mistakes," Beckenbauer conceded. "Hindsight is easier than foresight."

It's sparked celebrations, caused controversy, forced tears and lost elections. Following England's visit to Munich in June 2022, we look back at some of the fixture's best moments.