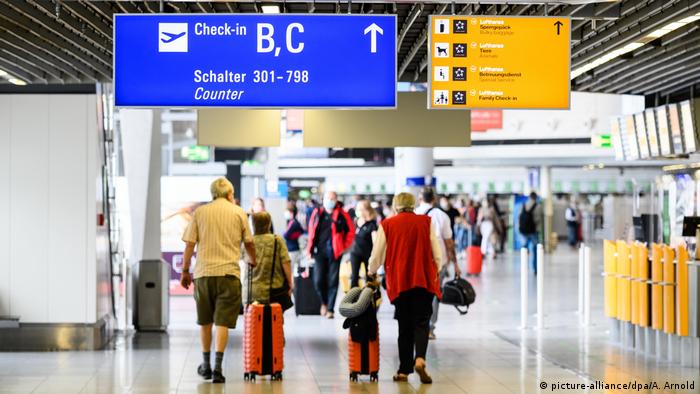 Authorities allowed staff and passengers back into Frankfurt Airport's Terminal 1 and the airport's regional train station on Saturday following an investigation into an abandoned piece of luggage that was later deemed harmless.

Federal police said in a statement the operation was caused by an aggressive 38-year-old man who was not wearing a mask. When authorities stopped the man, he threatened officers before attempting to escape — leaving his luggage behind.

Authorities blocked off the departures terminal to search the luggage, later giving the all-clear.

Terminal 1 was also shut down over a separate report about an armed man being spotted there. After checking the terminal, police were able to "rule out" the presence of any armed suspects.

Police had blocked access to parts of Frankfurt Airport on Saturday, shutting down Terminal 1 and the regional train station.

"Due to an ongoing police operation, parts of Terminal 1, the regional train station and the crossing to the long-distance train station are currently closed at Frankfurt Airport. Passengers are asked to follow the instructions of the security staff on site," the airport tweeted.

"As a result, there may be delays in the operation. Passengers are therefore asked to check the flight status in advance on the airlines' websites."

Calling the incident at the airport a "bomb threat," the daily Frankfurter Allgemeine reported that authorities took two people in for questioning. The second person detained was reportedly a woman who was with the 38-year-old man.