Francis will ′lead the church in a very different way′ | World| Breaking news and perspectives from around the globe | DW | 14.03.2013

Does the son of an Italian railway worker and Catholicism's first non-European pope in centuries have what it takes to lead the Church forward? DW spoke with Vatican correspondent Angela Ambrogetti. 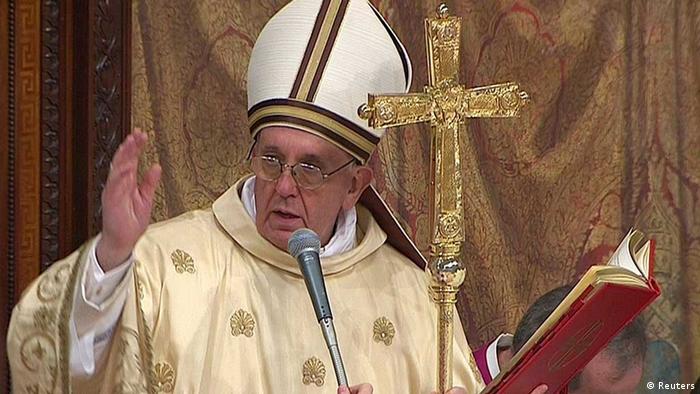 DW: We know that Pope Francis, trained as a chemist, is the son of an Italian railway worker, and is the first non-European pope of the modern era, does he have what it takes to lead the Church forward?

Angela Ambrogetti: He will probably lead the Church in a very different way - this is the idea for a new necessity for evangelicalism and the social doctrine of the Church. These are two challenges for the Church for the next century, and I think this will be the profile of Francis.

At 76, Francis is relatively old. He is being described as a transitional pope, rather than a pope for the long haul, do you agree? 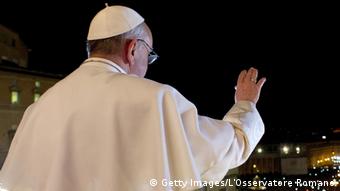 Some have called Pope Francis a transitional leader

There has been pressure from Church leaders from around the world to decentralize the Church's structure away from Rome and to give more say to leaders from areas where Catholicism is increasing, such as Latin America and Africa. By electing a Latin American, have they nipped that decentralization trend in the bud?

This is very difficult to say, I think the general rule for Latin America, and America in general, is the new energy that is a necessity for the Church for the new evangelization. In Europe, we have some very ancient ideas, ancient ways, and with the people from South America and North America, we can welcome a new kind of energy for evangelization. This will probably be the real challenge for Pope Francis.

He's promised a new look for the Catholic Church, do you think he can he deliver?

It's difficult to give an opinion after so few hours, but we will need to focus on what Pope Francis is going to do in the next few months. The first month is the most important to understand what the new look will be, or even if there will be a new look in the Church.

Will Pope Francis be able to radically change the Church's conservative viewpoint on issues such as gay marriage, homosexual couples adopting children, ordination of women priests, celibacy for priests and abortion? 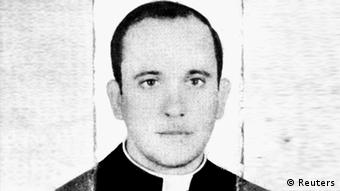 Bergoglio was ordained a priest in 1969

Pope Francis has been described as a conformist Jesuit. How will such a conservative pope tackle the sexual abuse crisis that continues to plague the Catholic Church?

The new pope is the first leader to choose the name Francis, after the St. Francis of Assisi, a humble friar who dedicated his life to helping the poor at the expense of his own wealth. We saw this when Pope Francis stepped out onto the balcony of St. Peter's Basilica on Wednesday night dressed in the non-traditional papal robes, and then the day after his election when he went to the hotel where the conclave were staying to pick up his things. How significant is his name to the direction he wants to take the Catholic Church? 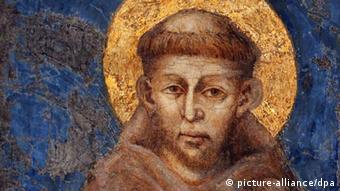 St. Francis of Assisi gave away his wealth to the poor and was known for his love of animals

People are starting to talk about Pope Francis' priesthood in Argentina, especially concerns with his relation to the military dictatorship in the 1970s and early 1980s, are people talking about this in Rome?

Many critics have described Emeritus Pope Benedict, Pope Francis' predecessor, as a poor manager of everyday business who left the Curia, the Church's governing body in mess after his troubled eight-year reign. What direction does the new pope need to take the Church?

Angela Ambrogetti is a Vatican correspondent, analyst, and author of many articles about the Holy See and a number of popes.

DW's Klaus Krämer wonders whether Francis - like his processor - may serve as a transitional pope rather than the leader who will lead the Catholic Church down a new path. (14.03.2013)

Cardinals in Rome made an unexpected choice by selecting Argentinean Jorge Mario as the next leader of the Catholic Church. The decision came as a surprise, but was the right choice, according to many in Latin America. (14.03.2013)

The Roman Catholic Church has chosen a new pope and he comes from Argentina. The papacy now enters a new era with Jorge Bergoglio, Latin America's first pope and the first pontiff to come from the developing world. (14.03.2013)