Marine Le Pen's far-right National Front (FN) party is leading in the first round of French local elections, pushing the ruling socialists into third place. It is the last major vote before 2017 presidential elections. 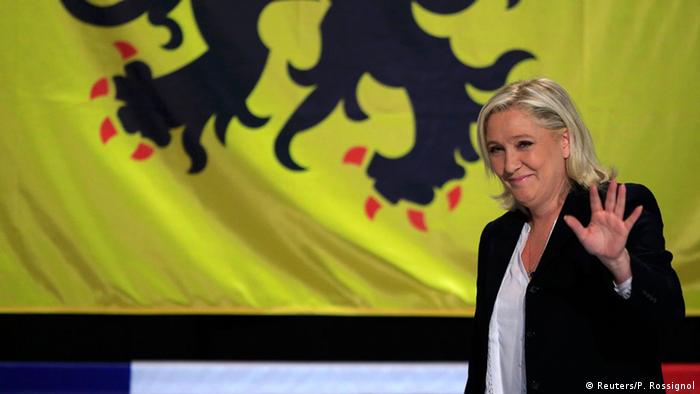 The FN was heading the first round of regional elections with about 30 percent of the vote, according to partial results published by the interior ministry on Sunday night. Voter turnout was about 50 percent - slightly more than the last round of voting in 2010.

Former President Nicolas Sarkozy's 'Les Republicains' bloc took about 26 percent. In third place, the ruling Socialist Party (PS) and its allies attracted only about 22 percent, according to the ministry figures.

The PS announced on Sunday that it would withdraw from the second round vote in at least two regions on December 13 to present what it called a "barrage républicain" or barricade against the extreme right.

Addressing supporters, Le Pen said she welcomed the "magnificent result," adding that the estimates proved that her party was "without contest the first party of France."

If confirmed, the results will prove to be a huge advance for the FN, boosting their hopes for the 2017 presidential election.

In light of the recent attacks in Paris by the so-called "Islamic State" (IS) militants, terrorism was a main focal point for the FN in the run up to Sunday's vote. Opinion polls also suggested that the FN's popularity had increased since the November attacks.

Around 45 million registered voters took part in Sunday's local elections. The top two parties in each region will go head to head in a run off on December 13.

Shortly after the exit polls were released on Sunday, Sarkozy ruled out forming any "tactical alliances" with President Francois Hollande's PS ahead of next week's second round of voting.

Socialist Party chief Jean-Christophe Cambadelis said on Sunday night that it would withdraw from the second round in the two regions where the FN made major gains on Sunday. This would leave socialist voters to back conservatives in the regions of Nord-Pas-de-Calais-Picardie and Provence-Alpes-Côte d'Azur.