A new book is shedding light on one of the last taboos of World War II in France: During the German occupation that lasted more than four years, many French women gave birth to children fathered by German soldiers. 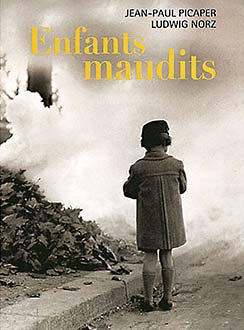 The book has received immense attention in France

For years, these liaisons and the children they produced were the source of great shame for many families. The children suffered horribly through no fault of their own. They were treated as pariahs by their communities and often rejected by their own families.

But now, France can’t seem to get enough of children of the war. Television and radio shows are featuring men and women whose fathers were German soldiers serving in France during World War II. Their mothers committed what was then called “horizontal collaboration.” It’s estimated that 200,000 children were born as a result of these love affairs.

All of this comes following the release of a book called “Enfants Maudits,” or cursed children by Jean-Paul Picaper, a long-time newspaper correspondent in Berlin and Ludwig Norz, a German working at Germany’s wartime archives.

Picaper said he first became interested in the topic in 1995, when he wrote a story in Le Figaro newspaper about the children of American G.I.s in Germany. A Frenchman then wrote to him saying there was a similar phenomenon in France.

Picaper teamed with Ludwig Norz at the German archives, who helped him sort through the millions and millions of World War II era documents. The book also includes the personal stories of 15 of these “cursed” children.

Speaking out after 60 years

Now more than 60 years old, they finally speak out -- about their suffering, their shame and in many cases, their desire to know who their father was. Picaper said that meeting them was a very emotional experience.

“They were enthusiastic," he said, adding that many of the people he met felt relieved after talking to him. "I was like an angel coming from the sky for them. It’s terrible, when you have something that is very close to their identity, and you can not speak about it. They had to conceal this. It was the first time in their lives where they were able to speak about their own problem and many of them didn’t know that there were other people who were in the same situation.”

Jeanine Sevestre is 62 years old. She prefers to use her maiden name when she speaks about being one of these cursed children. She lives next to the church in a quiet Normandy village, about 70 kilometers away from where she was born.

Sevestre lives the quiet life of a retiree. Now that her children are grown, her desire to know more about her own family has grown more insistent. Her mother was killed just after D-Day, when the hospital she was working in was bombed. She knows even less about her father.

She knows he arrived in the village where her mother lived in July 1940 and that he stayed there until Dec. 1941 or early 1942. "They were seeing each other in the way lovebirds see each others," Sevestre told Deutsche Welle. "And that was until my grandfather learned that my mother was pregnant, after which he sent her away.”

All she knows is that her father, whose name was Werner, was then sent to the Eastern front to what was then the Soviet Union. Sevestre suspects he died there. After the war, she was raised as an orphan. At first she was placed with a nanny. From ages six to nine she lived in an orphanage before being taken in by an uncle and then by her maternal grandfather. Her grandfather had participated in World War I and took out his anger at the Germans on the little girl.

“I was beaten, I was insulted," she said. "I didn’t know why he treated me in this way. I didn’t know why my grandfather was so mean to me when my little cousins who lived in the same house, were well treated, whereas I was always beaten and insulted.”

Jeanine didn’t even know her father was a German soldier until the age of 13, when one of her classmates broke the news to her. It was a terrible shock, one that left her entirely speechless for about two months.

Searching for her German roots

Now Sevestre has built her own family, with a husband of many decades, four children and four grandchildren. But for her, the mystery of her birth remains an unresolved issue.

She no longer harbors any shame about her background. She expects her father is already dead, but she would very much like to find his relatives – her paternal family. Since Sevestre only has her father's first name -- no family name or rank -- the German archives service hasn’t been able to help her. But she’s not giving up hope. 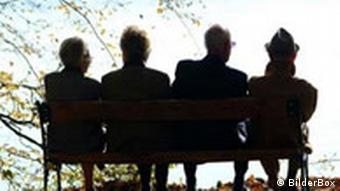 As she looks through the few photos she has of her mother and herself as a child, Sevestre takes comfort in the fact she no longer feels alone. Thanks to the book project, she has been in touch with many other children of German soldiers. They often share the same childhood stories of mistreatment and shame. However, there is strength in numbers and they talk of forming an association for children of the war.

From Arch Foes to Friendly Neighbors

Forty years after the Elysée Treaty was signed, France and Germany are gearing up to mark the occasion with glittering celebrations. The seminal accord laid the foundation for close Franco-German military cooperation. (Jan 21, 2004)