The Grand Rabbi of France, Gilles Bernheim, has resigned after admitting to plagiarism in two books and exaggerating his educational background. The scandal has shocked France's 600,000-strong Jewish community. 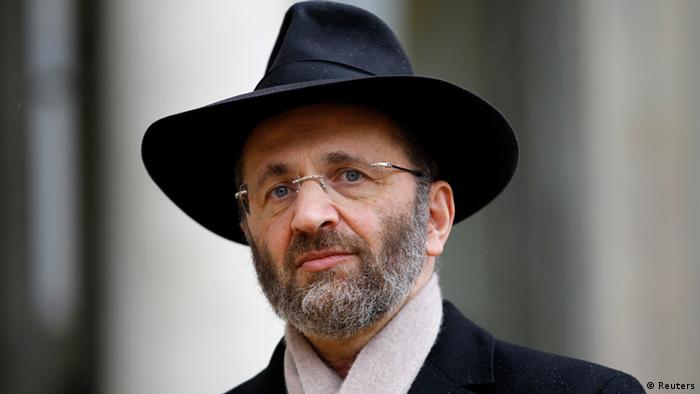 The Paris Central Consistory, France's top Jewish religious organization, announced Thursday it had accepted Bernheim's request to be relieved of his position.

Bernheim had been under pressure to step down since confessing to "borrowing… what others might call plagiarism" from others when writing books of his own. "Not only do I deeply regret it, but I recognize it as a moral flaw," he told Jewish radio station Radio Shalom on Tuesday.

He had previously refused to step aside, saying it would amount to "desertion."

Bernheim came under the spotlight last month when French academics said he had copied a passage of a 1996 text by the late French post-modernist philosopher Jean-Francois Lyotard in his 2011 book "Forty Jewish Meditations."

It was also alleged that part of a text he wrote opposing same-sex marriage and adoption were lifted from others. The text was cited in Pope Benedict XVI's Christmas address.

France's L'Express news magazine later revealed he had not earned an "aggregation" - an award granted to top professors or teachers in France after a competitive examination process - in philosophy. The accolade was often attached to his name in newspaper articles and publicity for his books.

Bernheim, 60, was elected to hold the seven-year position in 2008. It was not immediately clear who would take his place.