France wants to put Internet regulation on the G8 agenda

A senior French official has called for a new report on online terrorism and pedophilia. French Internet advocates dismissed renewed demands for regulation, pointing to critiques of controversial anti-piracy law. 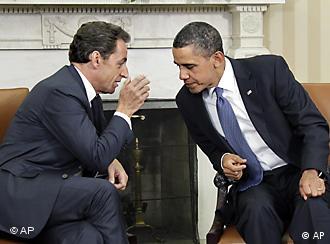 Obama and Sarkozy met in Washington on Monday

On Monday, a member of French President Nicolas Sarkozy's administration said that Sarkozy wanted to gather representatives of Internet operators from each of the G8 countries prior to the upcoming international summit.

That summit, which is currently slated for May 26-27, is to be held in Deauville, in northern France.

"The idea is that representatives from each G8 nation should meet in Deauville before the G8 and produce a report on these questions: What regulation is necessary for the Internet? How to respond to problems of terrorism, pedophilia, and the right to be forgotten?" said the source, whom French wire services did not name.

In December 2010, Sarkozy put forward a similar proposal, calling for "website founders and bloggers from G8 states" to meet on the sidelines of the esteemed conference. He also reportedly discussed the issue during his meeting earlier this week with US President Barack Obama in Washington, D.C. 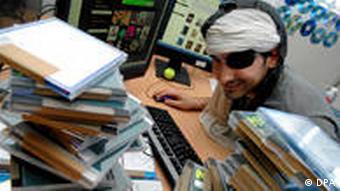 France has been very concerned about Internet pirates

The French newspaper Le Monde reported on Tuesday that French government interest in increased international regulation of the Internet has been kicking around French political circles since 2008, when Frederic Lefebvre, France's Secretary of State for Trade, called for a "G20 Internet" summit in a speech before the French National Assembly.

In November 2010, France also began sending out warning e-mails to illegal file-sharers across France as part of a controversial new anti-piracy government agency, known as Hadopi.

The French Internet advocacy group, La Quadrature du Net, which has repeatedly spoken out against Hadopi and other online regulatory measures in France, also told Le Monde on Tuesday that Sarkozy's desire for increased Internet regulation was "not a surprise."

"All of this is extremely worrisome," said Jeremie Zimmermann, spokesperson for the French organization. "The Internet is a communications tool, and by regulating it, we attack its very nature, as well as individual freedoms. This is a bad solution."

The French agency Hadopi may eventually cut users' connection to the Internet as punishment. Meanwhile, French Internet advocacy groups say that there are alternatives to this litigious scheme. (01.11.2010)