It will soon be legal for same-sex couples to marry and adopt children in France, after the new Socialist government announced plans to legalize gay marriage. 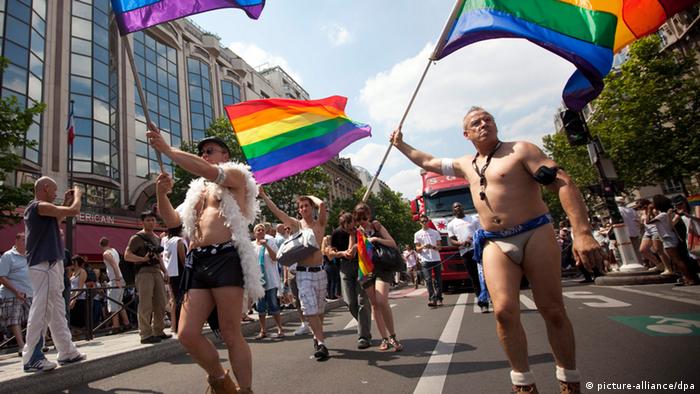 French President Francois Hollande is to use the majority he won in parliamentary elections two weeks ago to make good on his campaign promise to legalize gay marriage and adoption.

The president's office issued a statement on Friday pledging to pass the legislation within the next five years, but no specific dates were given.

"The government has made it an objective for the next few months to work on implementing its campaign commitments on the fight against discrimination on grounds of sexual orientation and gender identity," Prime Minister Jean-Marc Ayrault said on Friday.

The conservative UMP, which opposed the measure under former President Nicolas Sarkozy, can do little to stop the Socialists from passing a law granting full marriage rights to gay couples. In doing so, it will join fellow EU members Denmark, Portugal, Spain, Belgium, the Netherlands and Sweden. Currently France only allows same-sex civil unions.

The government also plans to discuss ways of making life easier for trans-gender individuals, whose legal dealings are often complicated by their change of name and sex.

For Hollande, enabling gay marriage would help boost his image as a man of his word and an agent for progressive social change.

Just six years ago, surveys indicated that most French people were opposed to changing the definition of marriage to include same-sex marriage. According to the pollster BVA, this has changed markedly, with more than 60 percent supporting the idea today.

More than two-thirds of French people still describe themselves as Roman Catholic, but church attendance has been dropping in recent years. And fewer Catholics today adhere to strict church teachings on sexual issues.

Conservatives and practicing Catholics, however, are still deeply opposed to enabling gay marriage and adoption.

"We are convinced that young people's development requires the presence of a mother and a father," said Thierry Vidor, head of the Familles de France umbrella group, which represents some 70,000 families, and campaigns for traditional family rights.

"We will take action to try to show that this measure is ultimately dangerous for society."