France has been told it must pay damages to Somali pirates because authorities held them in custody for too long. The pirates will receive up to 5,000 euros each. 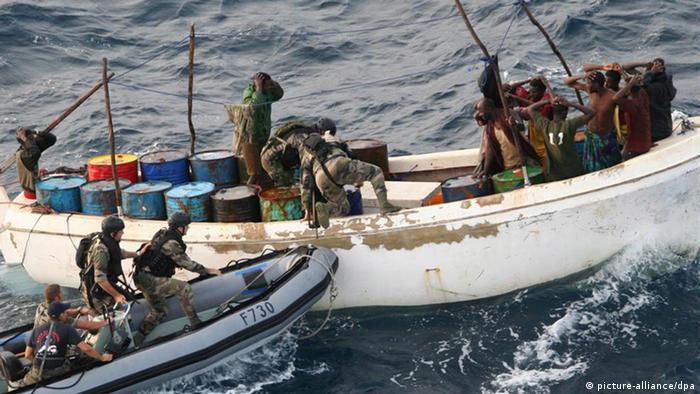 The European Court of Human Rights (ECHR) told France on Thursday that delays in bringing apprehended Somali pirates before a judge were unacceptable. The eight pirates were arrested after attacking two French ships on separate occasions in 2008 off the Somali coast.

The ECHR said French authorities were wrong to keep the pirates in custody for an additional 48 hours after arriving on French soil, instead of "promptly" presenting them before a judge.

The arrests took place more than "6,000 kilometers" (3,730 miles) from French territory," the ECHR said, acknowledging that there were "completely exceptional circumstances" to justify a long detention without seeing a judge. Not including the 48 hours in France, one group was held for nearly five days at sea, the other for almost a week.

But the ECHR said the groups should have been presented "without delay" to a judge when they arrived on French territory.

The Strasbourg-based court said the delay constituted a "violation of their rights to freedom and security," in a ruling published in French.

In late 2012, the Malaysia-based International Maritime Bureau reported pirate attacks to be the decline, with the fall in incidents off Somalia particularly striking. The deployment of naval forces, such as NATO's Operation Ocean Shield and the EU Naval Shipping Force, are seen as major factors, as are initiatives by shipping operators such as hiring private security teams.