Google said that the fine "ignores our efforts to reach an agreement." The tech giant now has two months to come up with a proposal on how to compensate France's news publishers. 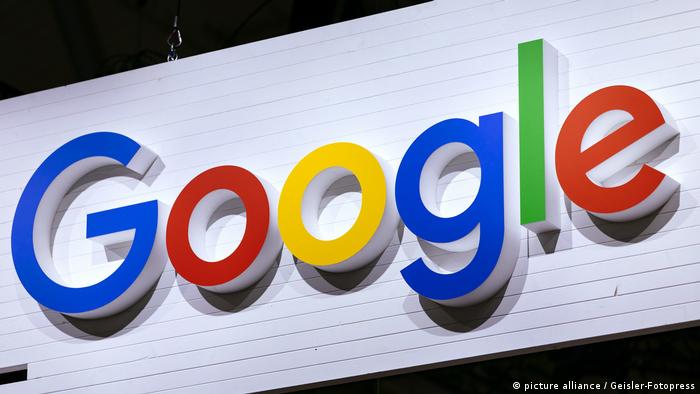 France's antitrust authority fined Google €500 million ($593 million) on Tuesday, saying the technology giant did not negotiate "in good faith" with news companies and other publishers over using their content.

The dispute is part of larger efforts in the European Union to get big tech companies to pay publishers for using their content.

Why was Google fined?

News publishers APIG, SEPM and AFP accuse Google of not having negotiated with them in good faith to compensate them for their online news on the tech giantꞌs feed.

Google was forced to negotiate with the media companies after France adopted new EU copyright rules.

The companies claimed Google did not find enough common ground with them under the "neighboring rights" EU directive.

APIG, that represents newspapers like Le Figaro and Le Monde is one of the plaintiffs in the case, although they had a framework agreement already.

The news groups were waiting on this antitrust decision to move forward with their own framwork agreement, which according to documents seen by the Reuters news agency, could amount to $76 million (€64.1 million) over three years.

How has Google responded?

A Google spokesperson said the company was "very disappointed" about the €500 million fine imposed on them by the French antitrust decision.

But the company said it would comply with the ruling. "Our objective remains the same: we want to turn the page with a definitive agreement.

"We will take the French Competition Authority's feedback into consideration and adapt our offers," Google said.

"We have acted in good faith throughout the entire process," the spokesperson said.

"The fine ignores our efforts to reach an agreement, and the reality of how news works on our platforms," the company retorted.

The spokesperson said that it is "the only company to have announced agreements on neighboring rights."

Google has been under fire from regulators in the European Union, with Germany also launching an antitrust investigation into its practices.

US-based Google must now present proposals for how it can compensate publishers for their news articles.

French antitrust chief Isabelle de Silva said:  "When the authority decrees an obligation for a company, it must comply scrupulously, both in the spirit and letter (of the decision).

"Here, this was unfortunately not the case," added de Silva.

In separate investigations, the European Commission is looking into claims that Google is driving companies out of business with unfair practices its search results page that is so widely used, it is essentially the gateway to the internet.