The sixth World Water Forum drawing NGOs and water industry reps has come to a close in Marseille. Above all, the event demonstrated that many crucial questions on managing the future global water supply remain open. 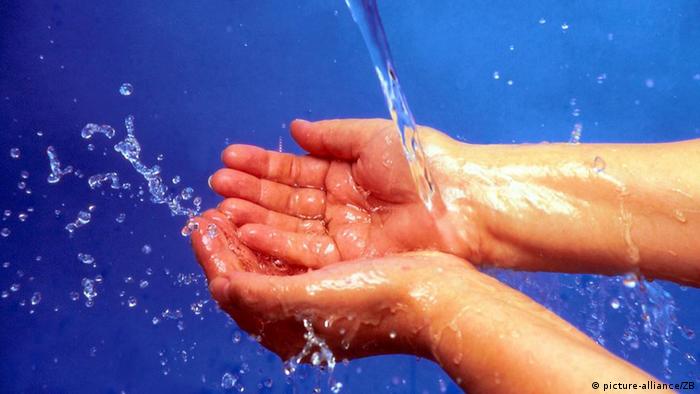 Some 19,000 participants from the areas of politics, economics and civil society organizations came together for the sixth World Water Forum in Marseille. The representatives met for a week in workshops, discussions and debates on the world's future challenges in managing its most vital resource.

As part of a project called the Village of Solutions, water industry companies presented their ideas on new ways of procuring water as well as how to stop wasting the precious resource. But while plenty of local and regional solutions were on offer, a grand strategy on coping with water scarcity at the national and international levels was missing. 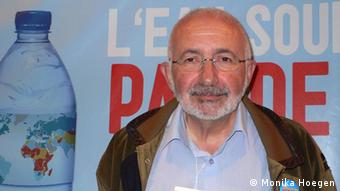 Much of the discussion centered on the question of public versus private water supplies. French Development Minister Henri de Raincourt ultimately proposed a global water and environment management scheme.

"The French government is not alone in its conviction that a global environment agency is needed more than ever," de Raincourt said. Earlier, Benedito Braga, president of the International Committee of the Global Water Forum had offered a different proposal: setting up a global water fund under the control of the United Nations.

Parallel to the main conference, critics of the official events held an Alternative World Water Forum. Gustave Massiah, of the anti-globalization group Attac warned, "Should a global water fund be in control, giving concessions to multinational companies, then that's not a solution for us. On the contrary, that would only add to the problems of the current system."

Fellow Attac member Jacques Cambon used to be the head of SAFEGE's Africa branch, a subsidiary of French water giant SUEZ. Cambon, too, is critical of a global fund and says that during his professional career he only had bad experiences with such centralized institutions.

The World Bank, for instance, has almost always financed large-scale projects that were not in tune with local conditions, Cambon says, adding that those conditions are what are decisive. A new global water fund would need to be local and controlled by the local population. 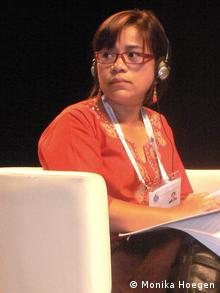 In the Philippines, privatizing water has made things worse, Lauron says

Philippine activist Maria Theresa Lauron came to Marseille to share her experiences with privatized water supply in the Philippines.

"Since 1997, prices went up by 450 to 800 percent," Lauron told the forum. "At the same time, the water quality has gone down. Many people get ill because of bad water; a year ago some 600 people died as a result of bacteria in the water because the private company didn't do proper water checks."

She further claimed that the company failed to follow up on its promise to invest in the water infrastructure.

"As far as I know, the water supply in Manila has improved very much," he said. "Millions now have access to water that they didn't have before. I myself recall that my company opened a water station in a slum. I could see that people were happy about this - in fact, they got a new life."

Anti-industry activists in Marseille largely agreed that private companies would always be too interested in profits and would hike up water prices to make money. Those critical of the water industry also supported variable price schemes for water, depending on how the resource would be used.

"Water that's used for agriculture or industrial plants - that's not the same as water that's used in a household," said Gustave Massiah. Attac and other NGOs agree, and argue industrial clients should pay significantly more that those who need water for private use. 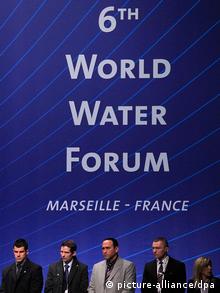 Activists also voiced support for providing a basic amount of water for personal use - 15 liters per day - for everyone at no charge. NGO representatives were critical of a final point at the conference: the general declaration issued at the World Water Forum falls short of the UN declaration of water as a human right.

However, companies and politicians were able to agree on a set of voluntary targets. A group of French water companies pledged to provide 25 million euros ($33 million) each year for better global cooperation. The city of Marseille agreed to save water in the future through better management at fountains and public pools.

Loic Fauchon, president of the World Water Council, pointed out that it was especially the high-level political debates that mattered at the Marseille forum - and that they have put water on top of the agenda at the United Nations and the upcoming Rio+20 summit.

Conservation and rights groups used the opening of the World Water Forum in the French port city of Marseilles to highlight the role scarce water resources now plays in conflict and famine around the world. (12.03.2012)

'Water fund would be win-win for rich and poor'

Nearly two billion people around the world have no access to clean drinking water and sanitation systems. DW spoke with Benedito Braga, vice-president of the World Water Council, about solutions to the problem. (12.03.2012)