Former Ukraine leader charged in gruesome murder of journalist | Europe | News and current affairs from around the continent | DW | 24.03.2011

More than 10 years after the crime, former Ukrainian President Leonid Kuchma has been charged with complicity in the murder of government critic and journalist Georgy Gongadze. 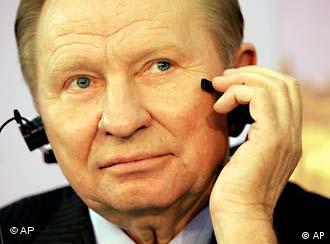 Kuchma has vowed to clear his name of wrongdoing

Ex-President Leonid Kuchma said on Thursday that Ukraine's prosecutor general's office had opened a criminal case against him on suspicion of involvement in the grisly killing of 31-year-old Georgy Gongadze, one of his sharpest critics.

Gongadze's headless body was discovered in a shallow grave near Kyiv in October 2000. Since then, Kuchma has been dogged by allegations that he ordered the journalist's murder, although he has categorically denied any involvement.

Three members of a police hit squad were sentenced in 2008 for aiding and abetting Gongadze's murder.

Kuchma said that the squad's alleged leader, now awaiting trial, told investigators that the killing had been ordered by then-Interior Minister Yuri Kravchenko.

Kravchenko committed suicide in 2008, leaving behind a note alleging betrayal by Kuchma.

The tapes contain voices, including one alleged to be that of Kuchma, suggesting Gongadze be "kidnapped by Chechens."

Kuchma refused to attend a meeting requested by Melnichenko, who said he would be happy to see the former president in prison.

But Kuchma's three-hour interrogation on Thursday did include a face-to-face meeting with the death squad's suspected leader, Aleksey Pukach.

Pukach, who was arrested in 2009, confessed to personally strangling the journalist with his belt and then beheading him with an axe.

Ex-president hopes to clear his name

The former president told reporters after his first hearing on Wednesday that he was ready to "go through hell" to clear himself of any charges relating to the case.

"To be honest I am calm because I do not feel any guilt," Kuchma told reporters after arriving at the prosecutor general's office in Kyiv for his first questioning session.

"I am morally ready to go through all the tortures of hell to prove I am innocent. I want that only the truth remains in Ukrainian history about what I did do and what I did not do," he said.

Kuchma has called the audiotapes fraudulent, but prosecutors have ruled that they are admissible evidence.

The tapes, which were first made public in 2000, prompted mass protests in Ukraine and calls for Kuchma to step down. 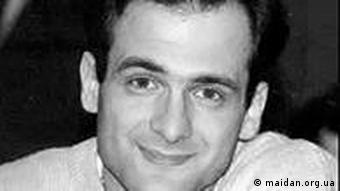 Georgy Gongadze was murdered more than 10 years ago

Georgy Gongadze rose to prominence in Ukrainian public life toward the end of Kuchma's rule after founding the Ukrainska Pravda news website. He was kidnapped in September 2000 after leaving a friend's apartment in Kyiv. At the time, Gongadze was considered one of Kuchma's fiercest critics.

Press freedom advocates Reporters Without Borders hailed the fact "that a leading figure is finally being investigated in connection with this case," but warned of the dangers of a lackadaisical trial.

"It would be completely intolerable if this new investigation were to lead into another dead end, or if it were to be carried out hastily with the sole aim of absolving former senior officials," the group said.

Freedom of the press is an important right in Europe, but not every government welcomes it. In Lithuania, a journalist who linked a politician to the former Soviet KGB was found guilty of libel and sent to jail. (23.03.2011)

The disappearance and suspected murder of Ukrainian journalist Vasyl Klymentyev has again turned the spotlight on what many press freedom organizations fear is a return to Soviet-style crackdowns on dissenting media. (16.09.2010)

Ingushetia policeman given two years in jail for shooting reporter

A former government bodyguard and policeman has been sentenced to two years in jail for shooting an opposition journalist in Ingushetia. The decision has been described as "a green light to kill activists." (11.12.2009)