Bolivia's first ever indigenous president was met by jubilant supporters as he arrived on foot in his homeland. Morales' return was prompted after his socialist MAS party won last month's nationwide election. 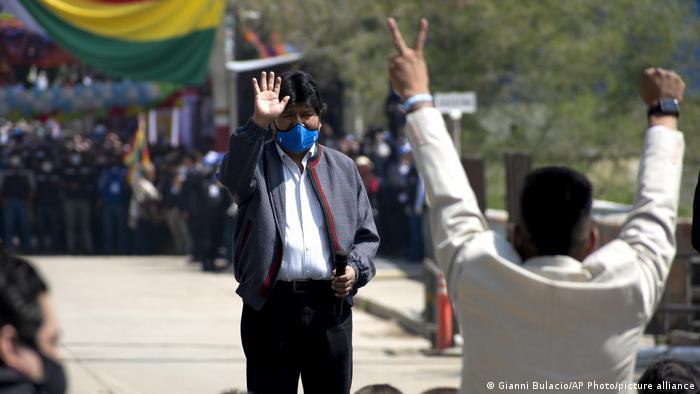 Former Bolivian President Evo Morales made a dramatic return to his homeland on Monday as he crossed the border from Argentina, where he had been living in exile since late last year.

Morales entered Bolivia on foot, crossing the La Quiaca River via the bridge that separates the two South American countries, where he was seen off by Argentine President Alberto Fernandez, who embraced him as he departed.

His arrival at the border town of Villazon was met with jubilation among thousands of flag-waving supporters, chanting "Evo." 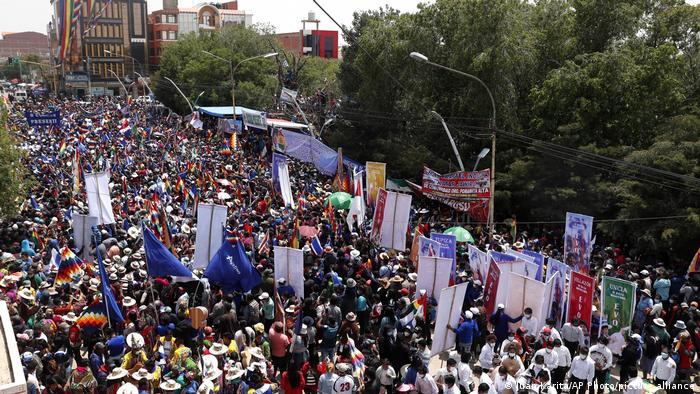 Morales tweeted: "I am very moved to see my sisters and brothers who have come from all corners of Bolivia to receive us. Thank you Bolivian people for such a show of loyalty and affection!"

Balance of power swings back to the left

Morales was ousted from power late last year after a much disputed presidential election. The ballot prompted one side of the political spectrum to call for his resignation after they claimed the vote was a rigged.

Under a great deal of pressure, Morales agreed to those calls, after which he was granted asylum, first in Mexico, then in Argentina, where he had political allies.

In the meantime, thousands of Bolivians flocked to the streets, demanding the return of the former president, who they felt was unfairly usurped by a temporary right-wing government.

Now Morales has returned, it is not yet clear what his future will be. Arce was sworn in on Sunday and is set to to unveil his new cabinet later on Monday, but has yet to comment on his predecessor's return.