The one-time leader of Peruvian soccer has joined the ever-growing list of those implicated in the FIFA corruption scandal. Manuel Burga has protested his innocence. 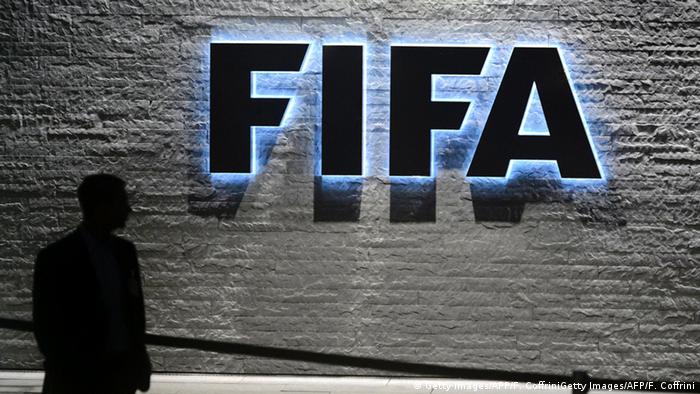 Former chief of the Peruvian soccer federation, Manuel Burga, has been arrested as part of the investigation into the FIFA corruption scandal, authorities said on Saturday. Burga was arrested late Friday and joined 15 others accused of taking part in multimillion dollar bribery schemes for marketing and broadcast rights.

Local television showed the 58-year-old's home surrounded by police cars. Spokeswoman Veronica Marquez said Saturday that he had been taken to judicial police headquarters in Lima.

"I'm helping police with their enquiries, I'd been waiting for them... They'd already informed me that I would see an arrest warrant," Burga told reporters waiting outside his house.

"I reiterate that I'm innocent. I haven't received any bungs or bribes," he said, before being taken away by officers.

Burga was in charge of the Peruvian Football Federation (FPF) for 12 years, ending his tenure in 2014. When he ran for a fourth term last year, he found himself barred by the organization, which disapproved of his management style.

US justice officials have 60 days to formally request his extradition. 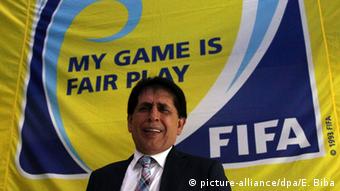 Brayan Jiminez remains on the run from authorities in Guatemala.

At the same time as Burga's arrest, the head of Guatemalan soccer, Brayan Jimenez, was on the run from authorities. After local law enforcement issued a warrant for his arrest they searched his home twice, but Jimenez was nowhere to be found.

Jimenez' countryman, Hector Trujillo, has also been implicated in the scandal. There were media reports Saturday of his possible arrest in the US state of Florida.

An organization that represents professional European football clubs was not impressed by the reform proposals unveiled by FIFA. The European Club Association said it was keeping "all options open." (04.12.2015)

FIFA unveils proposals to clean up its act

FIFA has unveiled a package of reforms aimed at restoring credibility to football's world governing body. This came just hours after two more of its senior officials were arrested on corruption allegations. (03.12.2015)