Spy chief, justice minister, foreign minister, vice chancellor and leader of the business-friendly Free Democrats: Klaus Kinkel enjoyed a long and illustrious political career. On Monday, he died at the age of 82. 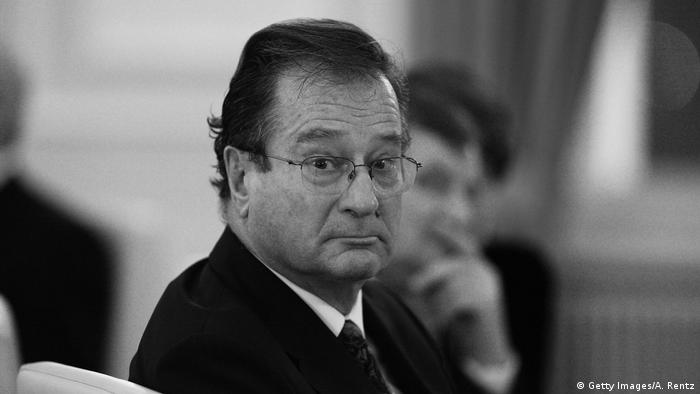 Former German Foreign Minister Klaus Kinkel has died at the age of 82.

Between 1979-1982, he was also the first civilian chief of the BND intelligence agency, before moving to the Justice Ministry for nearly a decade.

FDP leader Christian Lindner paid tribute to Kinkel on Tuesday as an "upright and humble man with character."

"The death of Klaus Kinkel touches me. He was an upright and humble man with character whose friendly advice I greatly appreciated. I have a lot to thank him for," Lindner wrote on Twitter.

Chancellor Angela Merkel said she mourned the loss "of a faithful companion from the time of German reunification."

"Klaus Kinkel was a great liberal and an uncompromising champion of freedom and democracy," she said.

Annegret Kramp-Karrenbauer, Merkel's potential successor and the head of the conservative Christian Democrats, said that Germany had lost "a great liberal and passionate Democrat."

"FDP chairman, BND president, justice minister, foreign minister, vice-chancellor. A great liberal and passionate Democrat has left us today. His awareness of our country's responsibility in a troubled world remains. Thank you Klaus Kinkel!" she wrote on Twitter.

A former vice chancellor between 1993–1998 in the government of Helmut Kohl, Kinkel made his mark on German politics during a public service career spanning nearly four decades.

Born in 1936 in the southwestern town of Metzingen, Kinkel went on to earn a doctorate in law in 1964. He began his long public service career as a civil servant in the state of Baden-Württemberg, from where he moved to the Federal Interior Ministry in 1968.

It was there that he became ex-Interior Minister Hans-Dietrich Genscher's personal secretary and speechwriter. For years Kinkel's career would be bound close to that of his FDP mentor, who also served as foreign minister until 1992.

As justice minister in 1991-92, Kinkel was involved in German unification after the fall of the Berlin Wall. In his subsequent post as foreign minister, he was active in helping to resolve the conflict in the former Yugoslavia and was a major proponent of European integration.

In 2002, Kinkel left the Bundestag and retired from active politics. From then on, he devoted himself to social issues and his family.

Former Chancellor Helmut Kohl has died at the age of 87. As Germany's leader for 16 years, he is remembered for reuniting the country and for making a huge political and economic contribution to Europe's integration. (16.06.2017)