Georg Leber has died aged 91 after illness. The Social Democrat was part of the Cabinets of chancellors Kurt Georg Kiesinger, Willy Brandt and Helmut Schmidt. He lost his post in an east-west debacle. 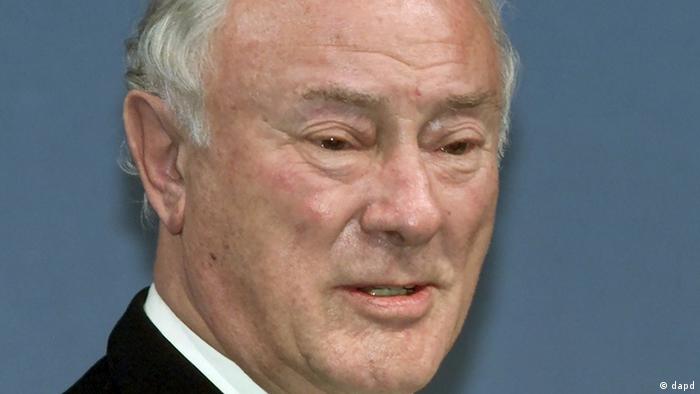 The former defense and transport minister passed away after a long battle with illness, according to the Bauen-Agrar-Umwelt trade union, IG BAU. As well as ministerial posts with the center-left Social Democrats (SPD), Leber was a long-standing chairman of the union.

"The German workers' movement has lost a ground-breaking champion in him," IG BAU's current chairman, Klaus Wiesehügel, said of Georg Leber on Wednesday.

Leber first took up a seat in the lower house of parliament in 1957, and was later considered a key figure in the formation of the "Grand Coalition" government of the late 1960's, which united the two main German political groups; Leber's SPD and the Christian Democratic union.

Leber served as transport minister in the grand coalition government and became defense minister in 1972, replacing Helmut Schmidt, who became chancellor in 1974 after a pair of economic and financial postings. As transport minister Leber ushered in Germany's current alcohol limit for drivers and implemented a 100-km/h (62-mph) speed limit on country roads. 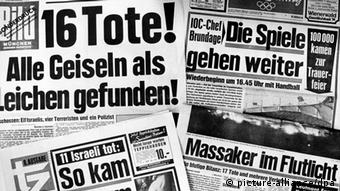 Leber took over the defense role less than two months ahead of the Munich Olympic massacre when the Palestinian group Black September took several Israeli Olympians hostage and later killed them. German security forces sought to free the hostages with a rescue mission that went awry. The three out of eight militants who were captured later had to be released, when Black September hijacked a Lufthansa passenger jet.

Leber instead earned praise for his caution a week later when an unidentified plane drifted into German airspace. Despite the recent unrest, Leber issued the order to hold fire and see what was happening. The plane turned out to be a Finnish passenger jet that had strayed off course due to electronics problems on board.

He famously called the defense post his "favorite job."

Leber resigned as a cabinet minister in February 1978, against the wishes of Chancellor Helmut Schmidt. The defense minister elected to take the blame when it became clear that West Germany's foreign secret service, the predecessor of today's BND, had monitored Leber's own secretary illegally. Hildegard Holz was suspected of spying for the communist East Germany, an allegation that turned out to be false. Given his proximity to the suspect, Leber had not been informed of the investigation.

Even before they were proven false, the news of investigations into Holz hurt Leber's public reputation, not least because of his role recommending Günther Guillaume to then Chancellor Willy Brandt several years earlier. Guillaume was an intelligence agent with East Germany's Stasi who became a top aide to Brandt; the chancellor resigned after Guillaume's real identity came to light.

Leber stayed on in the lower house of parliament, the Bundestag, after resigning from the Cabinet. He served as deputy speaker of the house from 1979 to 1983. He formally retired from active politics in 1986. He retired to a Bavarian countryside retreat, just a short distance from the Austrian border, with his wife. There, the pair endulged in their mutual hobby, painting.