The former Soviet minister of foreign affairs and president of an independent Georgia, Eduard Shevardnaze, has died. He had a political career spanning some 60 years. 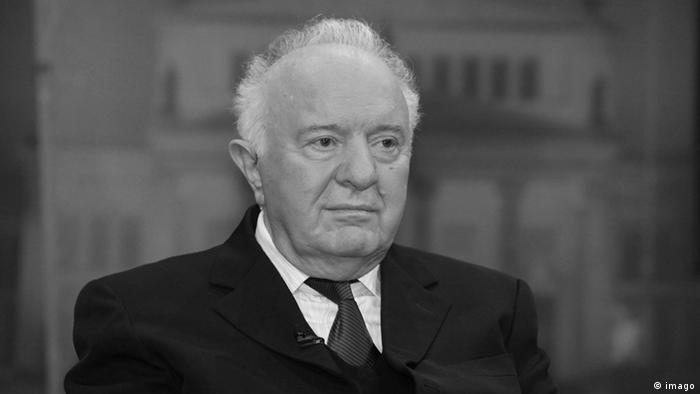 Eduard Shevardnadze, ex-president of Georgia and former Soviet foreign minister, has died, at the age of 86.

His personal assistant, Marina Davitashvili, told the Reuters news agency that Shevardnaze had died after a long illness.

Shevadnaze was minister of foreign affairs of the Soviet Union from 1985 to 1990, followed by a month in the same post as minister of external relations at the end of 1991.

He was president of independent Georgia from 1995 to 2003, being forced to step down in the so-called Rose Revolution.

Hero to the West

As Soviet foreign minister under Mikhail Gorbachev, he was seen as instrumental in helping end the Cold War, negotiating arms-reduction treaties with the United States and brokering the deal that brought down the Berlin Wall.

"I am not sure that the Cold War could have ended peacefully without him. He changed all of our lives... The man's a hero," former US Secretary of State James Baker said of Shevardnadze in 2000.

His period as head of state of his native Georgia - first as chairman of the State Council from 1993, then as president from 1995 - was, however, less illustrious, with his opponents accusing him of allowing corruption and crime to run rampant.

He stepped down in late 2003 after huge street protests in the Georgian capital, Tbilisi, where demonstrators called for new elections.

Shevardnaze was granted amnesty and given a small government persion. Although he was invited to come and live in Germany, he preferred to retire to a government residence in Tbilisi, where he wrote his memoirs.