No other group of people has been left as disappointed by German reunification as East Germany's diplomats. Their hopes of continuing to work in the diplomatic service were dashed after 1990. 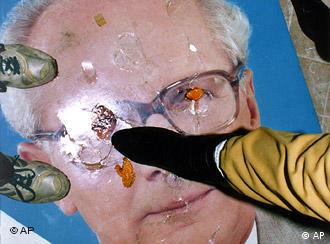 Honecker's diplomats say they were trampled by reunification

Few groups of professionals from the eastern half of Germany had it quite as hard during and in the two decades after reunification as the defunct Communist state's former diplomats.

Even some members of East Germany's dreaded Stasi secret police or officers who served in the National People's Army found employment in the reunited Germany and put their skills to good use. But that was not the case for the more than 2,000 employees in the GDR's diplomatic service.

"Despite the hopes that many of us had to continue working in the field of international relations in the reunited Germany, we learned very soon that there was absolutely no opportunity for us," a former East German ambassador at the United Nations, Bernhard Neugebauer, told Deutsche Welle. "We were even barred from working in any other public service area."

Not wanted, not needed?

The then-West German Foreign Minister Hans-Dietrich Genscher and his colleagues made it clear in 1990 that East Germany's decommissioned diplomats would not get a foot in the door of the foreign office. They would also not be considered for jobs in bilateral development, technical or scientific projects. 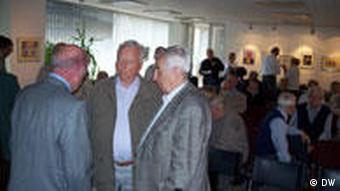 Reasons for the treatment were never officially made public, but Hans Voss, a former East German ambassador to Italy and Romania, insisted the employment ban could only have been put in place by people wearing ideological blinders.

"The justification for the new rulers' behavior was simply that we were dangerous competitors in their eyes," Voss said. "The West German side had always tried to weaken our position abroad and later eliminate any sign of the GDR's existence."

The foreign ministry's brief history of Germany's foreign policy appears to prove him right. While it contains passages about diplomats who worked for the Nazi party and later remained employed by West Germany after World War Two, no mention is made of GDR diplomats.

East Germany's last ambassador to Sweden, Erich Wetzl, recalled that some of the West German diplomatic staffers couldn't wait to see him and his colleagues leave the diplomatic arena forever.

During a 1990 farewell reception for high-ranking Swedish guests at the East German embassy in Stockholm, a technical assistant from the West German embassy barged in and started inspecting and removing parts of the room, Wetzl said.

"I told him that he could do what he liked after German unification on October 3, but not before," Wetzl added. "The West Germans were interested in our fine buildings, our cars, some paintings and the Meissen porcelain, but there was no interest in us people whatsoever." 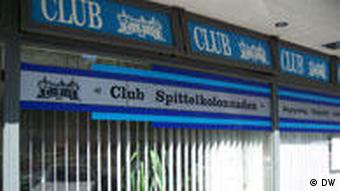 The Spittelkolonnaden: a refuge for the retired diplomats

Ex-GDR diplomat Neugebauer, in his 80s now, said he originally believed that reunited Germany would appreciate his former colleagues' knowledge of specific countries and their language skills.

But while many private companies tapped into the diplomats' wealth of useful contacts, the public sector didn't open up.

"From today's point of view, I'd never want to become a diplomat again," Neugebauer said. "Diplomacy - and politics in general - is the dirtiest thing in the world and tends to create problems, rather than solve them."

But not everyone in the former GDR's diplomatic corps is so negative. They still meet regularly at their own foreign policy club in downtown Berlin where they debate current events around the world and the foreign ministry's reaction to them.

Some are also engaged in preparing speeches or writing pamphlets that highlight their stance on selected issues. Voss is one of the retired diplomats who has refused to give up an interest in foreign policy.

Working in various countries as a diplomat is a dream career for many German university graduates. But the road there is a rocky one. The selection process is tough and only the very best applicants get a position. (07.07.2007)

Architects of German unification - a portrait of Hans-Dietrich Genscher