Forgotten book by Margarete Boehme to be revived in US | Culture | Arts, music and lifestyle reporting from Germany | DW | 03.11.2010

Forgotten book by Margarete Boehme to be revived in US

Germany has a long literary tradition but names like Goethe and Schiller are likely to spring to mind before Margarete Boehme's. However, her profile is on the rise as one of her most famous works is re-published. 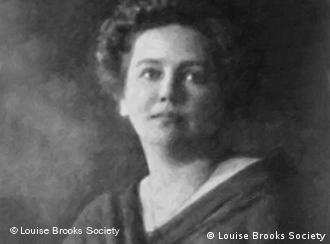 A rare photograph of Margarete Boehme taken in 1902

"It's a little gem, a more than worthwhile work of literature," said American arts journalist Thomas Gladysz, "It has literary sophistication and unusual historical significance."

He was talking about German author Margarete Boehme's 1905 work "Tagebuch einer Verlorenen" ("Diary of a Lost Girl"), which tells the story, in diary form, of a young girl called Thymian and her descent into the world of prostitution. The book was wildly successful when it was first released, with many contemporary reviewers unaware that it was a work of fiction and not an actual diary.

"The book was truly a phenomenon at the beginning of the 20th century," said Gladysz, "It was translated into 14 languages, inspired a sequel, a stage play, a parody, two silent films and a score of imitators. By the end of the 1920s, more than 1.2 million copies were in print and one scholar has ranked it among the best selling books of its time in Germany." 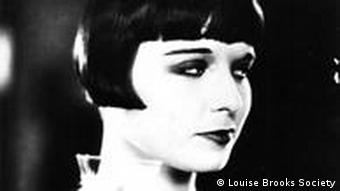 Successful in its own right, the story of Thymian's downfall came to greater public attention thanks to the 1929 cinema version starring wide-eyed Louise Brooks in the title role. The film, directed by G. W. Pabst, was a box office smash and one of Brooks' most iconic screen performances.

As president of the Louise Brooks Society, Gladysz obviously ranks this as a personal favorite but thinks it's about time Boehme received as much credit as Brooks. "Boehme's name is prominent in the credits at the beginning of the film," he said, "But who reads the credits? Boehme remains an obscure figure even to those interested in early German cinema."

Hence, Gladysz is re-releasing Boehme's iconic work in the United States for the first time in more than 100 years.

"I felt such a work needed a helping hand out of the undeserved obscurity into which it had fallen," he said.

The book, which comes with an in-depth introduction by Gladysz, will be presented to the public at a special event at the San Francisco Public Library in November. The launch is being supported by the local division of the Goethe-Institut, Germany's principal cultural development organization.

Gretchen Good, organizer of the San Francisco book presentation, said she became interested in Boehme's book stemmed from having read many so-called hoax memoirs - works of fiction - published recently in the US.

"I was one of the hundreds of thousands readers taken in by James Frey's 'A Million Little Pieces,' and I followed the ensuing debate over the acceptable amount of fiction in a non-fiction memoir with keen interest," Good told Deutsche Welle. "Approaching 'The Diary of a Lost Girl,' I believed it to be the possible distant ancestor of the American hoax memoir." 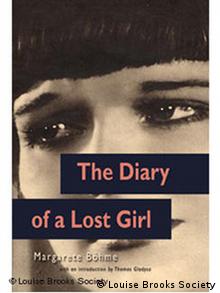 Margarete Boehme was born on May 8, 1867 and grew up in the small northern German town of Husum. In her lifetime she wrote more than 40 novels and a number of short stories, articles and reviews.

By the turn of the 20th century, she was one of the mostly widely read authors in Germany, but, since her death in 1939, she has slipped into relative obscurity.

Gladysz said that interest in the book is gradually picking up. In addition to the support of the Goethe-Institute, it has been reviewed several times and libraries are starting to pick it up. The Neue Galerie in New York, a museum dedicated to German and Austrian art and culture, has also placed a "substantial order" of copies for their shop.

All this makes Gladysz very happy: "Slowly, it's making its way out into the world."

Arguably the best example of German Expressionist cinema, the silent masterpiece "The Cabinet of Dr. Caligari" was released to cinemas 90 years ago. A festival in Berlin is keen to keep its memory alive. (21.09.2010)

More than 30 years after her death, admirers pay tribute to one of Germany's most enigmatic - and overlooked - artists, dancer and actress Valeska Gert. She's said to have laid the foundations for the punk movement. (17.09.2010)

Writer Mirjam Pressler believes books can help people come to terms with their circumstances - even if they can't change the world. Her works focus on struggling figures who may help readers see their lives differently. (11.08.2010)