Although the deadline set by Zimbabwe's government for foreign retailers to close their shops has expired, they remain open for business. But it seems they are not yet off the hook. 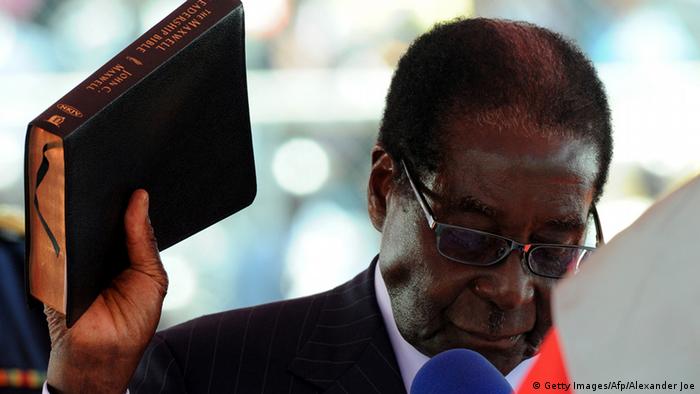 Foreign shop-owners, who had been given until January 1 of this year to close their businesses, are still operating in Zimbabwe. But that does not necessarily mean that these retailers, most of whom are Chinese and Nigerian nationals, no longer have anything to fear from the government's indigenisation policy.

Late last year, President Robert Mugabe's government announced that it wanted all retail business to be reserved for Zimbabweans. This implied that restaurants, pharmacies, hairdressing salons and other small businesses would be run only by indigenous Zimbabweans from the start of 2014.

However, by the end of January, the foreigners' shops were still open for business. 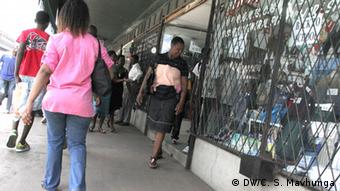 Indigenisation Minister Francis Nhema told DW that Zimbabwe's government would not depart from a policy meant to redress colonial imbalances.

The government hopes the indigenisation policy will help create a stronger economy for Zimbabwe. But business analyst Tich Selemani thinks the closing of all foreign-owned small businesses must be reviewed. "About 60 to 70 percent of the stock of goods is actually in foreign-owned shops; that would mean about 60 to 70 percent of the supply of goods would disappear," he explained.

Selemani doubts there would be anyone to take over the businesses. "It might appear easy to run small foreigners' shops, but there were no locals prepared to take the entrepreneurial risk to run them."

Simon Udemba is the president of the Nigerian community in Zimbabwe and one of the foreigners who run a business there. In his opinion, ninety percent of the shops that Nigerians are involved in "are already indigenised, because you have Nigerians living with their indigenous families of Zimbabweans." 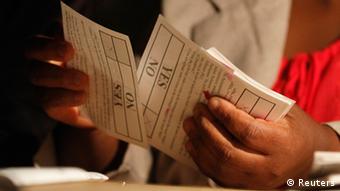 Udemba believes driving nationals from other African countries out of business in Zimbabwe is not fair. "There are more Zimbabweans, if not three times as many, doing business in Nigeria, and no one is troubling them," he says. "As Nigerians, we believe in pan-Africanism."

The cry for pan-Africanism, which encourages solidarity on the continent, is far from becoming a reality, and Zimbabwe's indigenisation policy seems to make a fulfillment of that dream even more unlikely.

The indigenisation law was enacted in 2007. It stipulates that foreign businesses must cede a controlling share of 51 percent to black Zimbabweans. Some mining companies from Ghana and South Africa had no choice but to comply. By targeting the retail businesses, however, the government is signaling it wants Zimbabweans to have absolute control.

Foreign shop owners in Zimbabwe are trying to come to terms with the government announcement that is forcing them to close their businesses by the end of the year. Critics say the move does not promote pan-Africanism. (26.11.2013)

The new slimmed down Zimbabwean cabinet consists largely of old guard politicians and Mugabe allies. The number of women has been reduced. The policy of indigenization remains a major issue. (11.09.2013)

Mugabe threatens to pull Zimbabwe out of regional bloc

President Robert Mugabe kicked off his re-election campaign with a warning to the 15 member southern African regional bloc SADC that Zimbabwe could withdraw amid demands for a free and fair vote. (05.07.2013)