Ford Motor has announced it will significantly increase its investment in the development of fully electric and hybrid vehicles. The carmaker's strategy shift has been in the making for over six months. 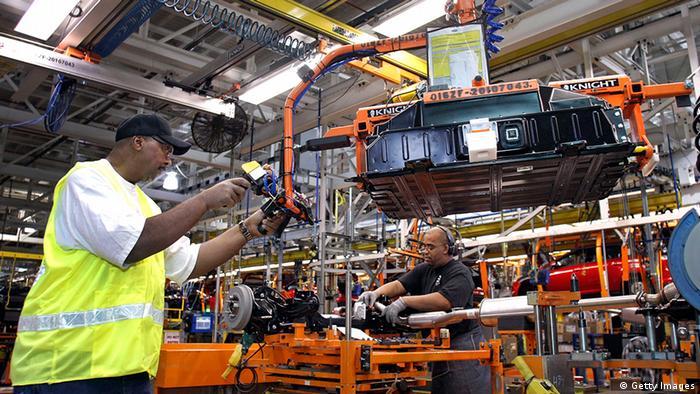 Announcing details of its e-mobility offensive at the Detroit Motor Show, Ford said it would pump $11 billion (€8.9 billion) into e-cars and hybrids by 2022, while planning to have 40 new-energy models in its lineup by then.

"We're all in on this and we're taking our mainstream vehicles, our most iconic vehicles and we're electrifying them," Ford told reporters. "If we want to be successful with electrification, we have to do it with vehicles that are already popular."

Mainstream carmakers are reacting in part to pressure from regulators in China, Europe and California to slash carbon emissions from fossil fuels.

They are also under pressure from Tesla's success in creating electric sedans and SUVs that inspire would-be owners to line up outside showrooms and flood the company with orders.

Ford's additional investment in electric cars contrasted with many of the vehicle launches at the Detroit show featuring trucks and SUVs.

Ford's shift to e-mobility has been more than six months in the making, after CEO Jim Hackett replaced his predecessor Mark Fields in May.

The carmaker said it had formed a team to accelerate the global development of electric vehicles, adding that the team's mission was to "think big and make quicker decisions."