A patent licensing dispute over microchips in cars has caused legal trouble in Germany for the US carmaker. Germany has notoriously strict patent laws. 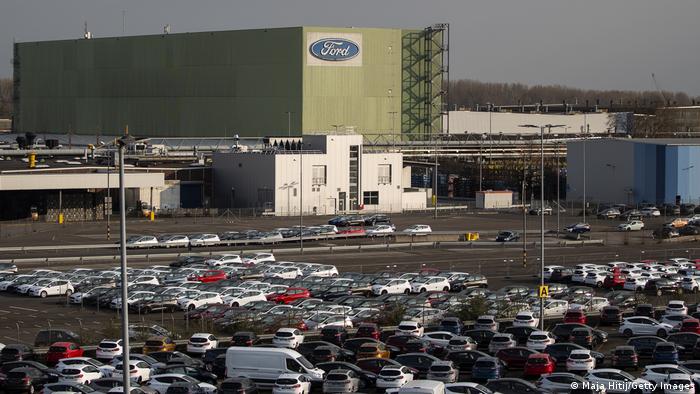 A judge in a Munich court ruled Friday that Ford Motor Company will not be able to sell or manufacture vehicles in Germany if it doesn't settle a dispute over microchips, according to German media.

Ford is said to have 4G cellular chips built into its vehicles for which the company has not paid licensing fees, the business magazine Wirtschaftswoche reported.

The ruling, which is subject to appeal, could be enforced in two weeks if Ford does not reach a settlement with the plaintiffs.

What is the 4G patent case about?

Ford is being sued by eight owners of 4G mobile communications patents, according to the report.

The specific companies in question were not named, but the case was brought to the Munich court by Japanese intellectual property management company IP Bridge.

The communications chips are essential for "connected cars," and Ford is the latest car company to be put under pressure by the patent owners of mobile communications technology.

Volkswagen was also sued by IP Bridge in the same patent court in Munich. The German carmaker quickly settled the matter by purchasing a patent license from a platform called Avanci that bundled patents from 48 owners, the report said.

Daimler also faced a similar patent dispute over mobile tech in its cars brought on by Nokia and Sharp.

Germany's patent laws are considered very strict, which is why many international companies take patent disputes before German courts.

For example, the judge's ruling in Ford's case provided for the recall of all cars from dealers and their destruction if a settlement is not reached, Wirtschaftswoche reported.

There have been attempts at legal reform so that patent claims on small parts of vehicles cannot be used to threaten large disruptions in sales and production.

However, according to the report, these reforms have yet to have an effect.

Ford said it would not comment on the ruling as it has yet to receive the arguments in writing, Reuters news agency reported.