For US, 'the age of easy hypocrisy is over'

In the age of WikiLeaks and revelations by the likes of Edward Snowden, the US can no longer get away with hypocrisy as a strategic tool on the world stage, political scientist Henry Farrell tells DW. 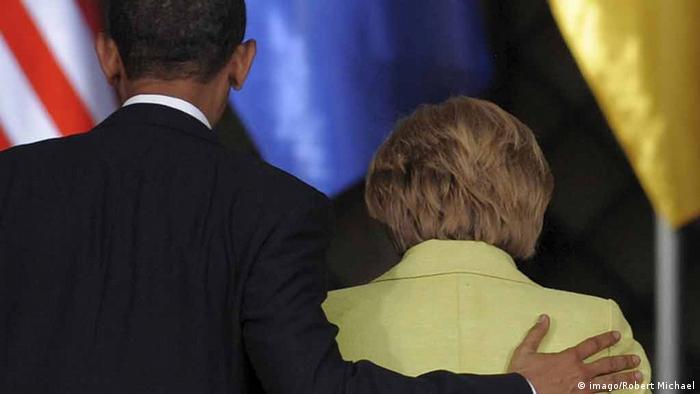 Henry Farrell is associate professor of political science and international affairs at George Washington University in Washington, USA. He specializes in EU-US relations and the politics of information.

DW: You say hypocrisy is at the heart of US foreign policy, can you explain?

Henry Farrell: It's a key component of US soft power, which is the US's ability to persuade other states to do the kinds of things it would like to see them do, without using military or economic muscle.

Here, hypocrisy can be very useful, because it allows the US to argue for one set of norms while, in fact, breaching those ways of interacting with the world very directly. This has allowed the US to achieve things that it otherwise might have had difficulty achieving.

Give us an example.

Nuclear non-proliferation is a good example. The US is well aware that Israel, for example, is a nuclear power, but it never acknowledges this. You see this also with the United States' effective acceptance of India and Pakistan having become nuclear powers. The US protested at the time, but was prepared to accept it as a fait accompli.

But with the new age of leaks, what we're seeing is that it is getting much harder for the US to get away with behaving hypocritically.

Is the US as the global superpower particularly vulnerable to this type of strategy and why is it failing now?

The US has been unconscious to a great degree of the gap between the very noble-sounding ideas it often espouses and what it actually does. Where that's brought up, the US has seen it as temporary divergences from a still underlying set of ideals. US politicians and citizens often have genuine difficulty understanding how people in other parts of the world might be hostile or skeptical of US aims.

It's this bubble that has been burst. Here, the whistleblowers are acting like the small boy [from the story The Emperor's new clothes] who points out the emperor's nakedness when no one else dared speak up.

How does that affect US relations with its allies?

They are becoming much more difficult. If [German Chancellor Angela] Merkel, for example had discovered privately that the US was tapping her phone, she probably would not have gone public, she would have pressed for private concessions. But because it has gone public, Merkel and the US find themselves constrained to behave in ways they otherwise would not.

What's your advice to the US, given their self-imposed objective of being a global liberal role model?

The age of easy hypocrisy is over. The US could go in one of two directions. It could bring its rhetoric in line with its behavior. So, rather than pretending to adhere to various broad liberal norms, the US could, when it's in its interest, abrogate these norms.

But that would be problematic, as the US has created a liberal order, in which it's going to have a much tougher time of it, if other states start behaving in the same way, then many of the principles the US has come up with, which make life easier for the US, are going to be far more difficult to deliver on.

The alternative is for the US to change its behavior to bring it more in line with the commitments and the norms that it formally declares. It's going to be more difficult, but it's the better option long-term. It allows the US to maintain the kind of broad consensus the US has been able to work with quite successfully in the past.

Give us some concrete examples.

The minimal thing the Obama administration could do, and I suspect will end up doing, is to not directly tap the communication of leaders of allies.

But there is a broader set of issues that the US needs to start paying attention to, which is the politics of privacy and personal information. The US has managed to craft agreements with the EU on financial or airline passenger data, agreements the US says are essential to its security.

It will have great difficulty in creating further such agreements unless it starts to build privacy protection for ordinary citizens into these agreements.

With regards to Germany, will the German government now have the gumption to push its agenda, given the outrage over the tapping of Merkel's mobile phone?

The Germans are pushing for a deal, under which the US would engage in enhanced intelligence cooperation with Germany and would also agree not to spy within Germany, a version of what's called the Five-Eyes Agreement (mulitlateral agreement on intelligence cooperation and sharing - the ed.) that the US already has with the UK, Canada, Australia and New Zealand.

Here, it's useful for the US to realize that it needs to placate German elites. The US should start thinking about constructing some kind of broad agreement with the EU, which would involve some degree of enhanced intelligence and information sharing, but which would also give some protection against arbitrary phone-tapping to EU and US citizens.

In other words, this agreement is more important to Chancellor Merkel than the mere protection of individuals' privacy?

Merkel's ideal (scenario) coming from this would be a deal, in which Germany gets admitted to this Five-Eyes club. But whether it will be enough to satisfy public opinion depends on how capable those people that truly care about these issues are of boxing Merkel in a bit, so that she is obliged to negotiate a stronger position, even if this isn't necessarily something which accords with her own instincts, which are conservative and quite favorable to cooperating with the US.

Is there a consensus in the US for making those kinds of concessions to Europe?

There has always been some hostility in the US, especially among Republicans, to anything which smacks of the US consulting with other powers. But there is a very interesting straw in the wind - the intelligence committee chair in the Senate, Dianne Feinstein, who has up to date been a very strong defender of the NSA, has said that US spying on allies is something that need to be gotten rid of.

So, there is a growing acceptance within mainstream political circles that the US needs to think about how it can do better in dealing with its allies.

Germany and Brazil are in agreement: spying by the NSA has gone too far. With a UN resolution they want to protect privacy in the digital age. (30.10.2013)

Talks with the US over the transatlantic free trade agreement are set to continue. Phone-hacking "victim" Angela Merkel is in favor, but European Parliament President Martin Schulz suggests she reconsider. (29.10.2013)