For Ghani wooing Washington is the easy part of his job | World | Breaking news and perspectives from around the globe | DW | 23.03.2015

For Ghani wooing Washington is the easy part of his job

President Ghani’s trip to Washington this week is like pressing the reset button for Afghan-American ties. While the Obama administration is satisfied so far with his early performance, he faces an uphill battle at home. 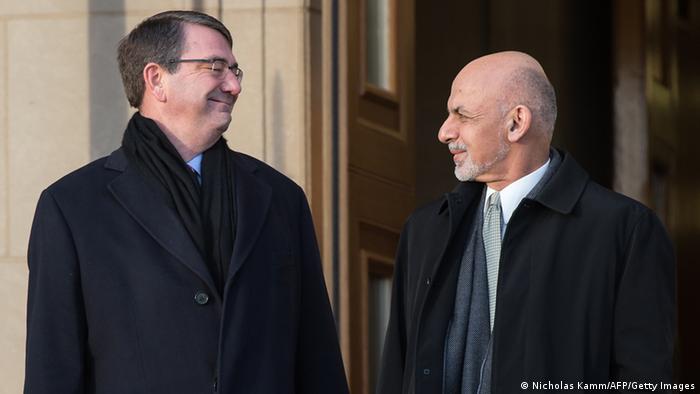 In 2004 interim-Afghan President Hamid Karzai traveled to Washington to speak before a joint session of Congress. In the audience listening to the Afghan leader thanking the US for its commitment to his country and announcing plans to establish a functioning government as a basis to build up an inclusive, secure Afghanistan, were then-President George W. Bush, Vice President Dick Cheney and Secretary of State, Colin Powell.

Karzai's words were well received. His #link:http://www.washingtonpost.com/wp-dyn/articles/A43335-2004Jun15.html:remarks# were interrupted more than a dozen times by applause from the audience. But when the progress Karzai had promised proved pretty much elusive on most fronts years later, relations soured quickly between the Afghan president and the new Obama administration from 2009 onwards.

Eleven years later, another Afghan President, sworn in after a raucous election battle against what has now become his political sidekick, Chief Executive Abdullah Abdullah, is making his official Washington debut. And like his predecessor, he will not only meet the president in the White House, but also address a joint session of Congress where he will probably also hit the right rhetorical notes and receive numerous rounds of applause. 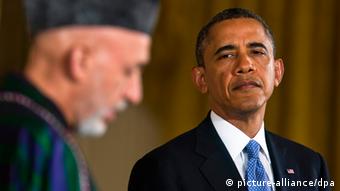 In the end ties between Obama and Karzai were toxic

That's why more important than the question how well Ghani will perform this week in Washington, is whether he can make concrete progress on tackling some of the same basic problems that Karzai had promised to address: create a functioning government, stabilize the security situation, strengthen civil society elements in the country.

So far, at least, Washington likes what it has seen since Ghani took office in September of last year.

"I think the US generally is pretty satisfied with what he is trying to do," said Barnett Rubin, an Afghanistan expert at New York University and a former senior adviser to the late US Special Representative for Afghanistan and Pakistan Richard Holbrooke.

"Already he has done things that President Karzai would not have done," added Rubin, who personally knows both Karzai and Ghani. "He really, at great political risk, took the lead in changing Afghanistan's relations with Pakistan, which are probably the most important element in its stability."

During his visit to Islamabad last year Ghani offered his Pakistani hosts much closer economic and security cooperation. "I was in Pakistan in February and I was astonished at the positive way that both Afghan and Pakistani officials were talking about their relationship which is something that I had never heard in my 30 years of working on the region," said Rubin.

Beyond reaching out to Islamabad and clearing the air with Washington by signing the security agreement between both countries that Karzai balked at, the Obama administration surely is also relieved that not only its ties with Kabul have rebounded.

"There's been a big shift in terms of relations with the outside world," said Michael Hanna, a senior fellow with the Century Foundation.

While repairing Afghanistan's international ties was certainly necessary given the country's dependence on the United Nations and other foreign institutions, it also wasn't too hard, noted Hanna."The Karzai government had poisoned its relations with the outside world in such a way that it is not difficult for Ghani to clear that bar."

Much more difficult than wooing foreign partners, donors and neighbors will be for Ghani, the former World Bank official, to make progress at home. The most glaring sign of how difficult the act of governing is in Afghanistan is that six months after being sworn in, Ghani has still not even been able to complete his government.

While that is also due to the complicated power-sharing deal between Ghani and Abdullah, it serves as a reminder how intractable other seemingly more difficult problems like negotiating with the Taliban or fighting corruption might be. 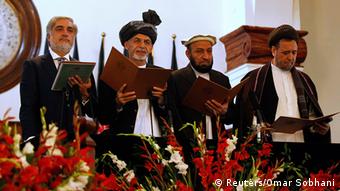 Can Ghani and Abdullah govern Afghanistan?

Still, the Obama administration now seems ready to slow down its troop reduction until the end of 2016, when all US combat forces are slated to leave the country giving Ghani some much needed additional breathing space to focus on his domestic agenda.

"That is an indicator from the American perspective of how much has changed in Kabul," said Hanna.

Just like for Karzai eleven years ago getting the US fully on his side during his visit is actually the easy part of his job. The much more difficult task is still waiting for him at home. No matter how friendly Ghani will be received in Washington this week, the US will ultimately judge him on his merits at home.

"In terms of actually governing, apart from some very important symbolic steps, there is still a very long way to go," said Hanna.