Mansur Faqiryar has been hailed as a hero in Afghanistan ever since he won the South Asia Football Federation Championship with the Afghan national team. Moved by the euphoria, the German says he wants to achieve more. 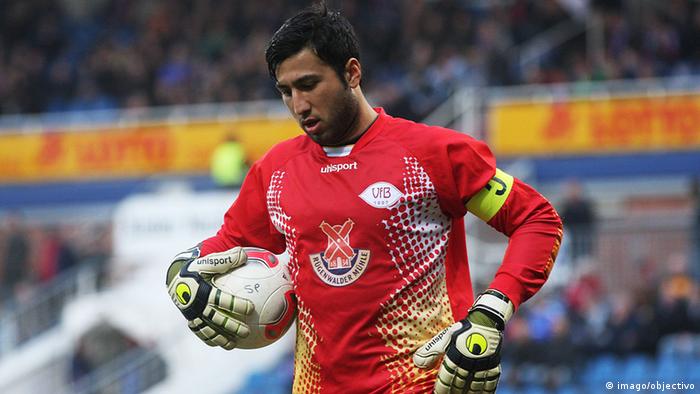 Mansur Faqiryar, the most popular sportsman in Afghanistan, lives in Germany. He moved to Germany at a young age with his parents, who migrated to escape the horrors of the Afghan civil war. He has been playing football ever since he was a child.

The now 28-year-old is team captain of the VfB Oldenburg and is also studying engineering economics at the University of Bremen. Faqiryar was recently voted "northern sportsman of the year" by visitors of the Northern German Broadcasting Corporation's (NDR) website.

DW: Being a German national who has had a successful career in Germany so far, why did you decide to play for the Afghan national football team?

Mansur Faqiryar: To be honest, I believe I am just not good enough a player to make it to the German national team. Germany has always had great goalkeepers. I have long been aware of this, so I just jumped at the opportunity I was offered. In 2007 and 2008, a German training the Afghan national team said he wanted to bring in more foreign players to the country. This is how the first contact was established. 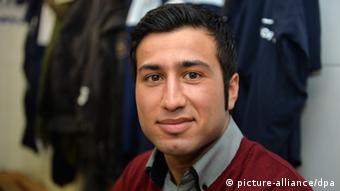 Faqiryar: 'Afghanistan has always been close to my heart'

Was it difficult to get used to being in Afghanistan?

There was some distance at first. It was difficult because neither we - the six Afghan-German players - nor the Afghan youngsters knew what to expect. Above all, we had difficulties communicating because of the language barrier. Some people spoke Dari and others Pashto, both official languages. Furthermore, football wasn't really popular there back then, so there were no structures in place. However, it was a nice experience for me and my language skills have steadily improved ever since.

What was your impression of Kabul the first time you saw the capital city? Where you shocked by the extent of the destruction?

I wouldn't say I was shocked. I came to Afghanistan several years after the Taliban were removed from power. I was rather surprised at the diligence of the people who erect a building at each corner and think on progress.

How important was Afghanistan for you during your youth in Germany?

I have always felt connected with the country. News from there often upset me. The older I became, the more I starting becoming interested in it and emotionally attached it - even more than I had ever expected.

When Indians talk about foreign footballers, they usually refer to Nigerians, Ghanaians or Brazilians. But the 26-year-old Afghan Zohib Islam Amiri has managed to change this and win the hearts of fans. (07.06.2013)

Many German coaches representing their nation abroad are devoting themselves to international football and promoting human rights. Three of them are up for the German Football Ambassador crown. (19.11.2013)

Soccer minnow Bhutan strives for greatness on the pitch

While qualifications for the Football World Cup in Brazil next year are in full swing, Bhutan, the world's worst national side, is determined to raise its game and, one day, be up there with the best. (10.10.2013)

That was a long time ago and the past few months have been very turbulent. In 2013, you suddenly became Afghanistan's national hero and received many awards. What does all this mean to you?

I don't make much of the term "national hero." I was simply lucky and in the right place at the right time. I was able to play football and make my contribution. My definition of a hero is a different one. A hero is for me an Afghan widow living somewhere in the mountains who manages to raise her children.

What do you make of the celebrations surrounding the Afghan team's victory in the South Asia Football Federation championship?

It was overwhelming and fascinating. I had wished that our victory would bring about some change, but I never imagined that it would also give real hope to people. You can't compare this to Germany winning the World Cup. People in Afghanistan were absolutely ecstatic and they started fighting amongst each other just to get the chance to kiss our hands and lift us up.

The international governing body of football, FIFA, recently honored Afghanistan with the "Fair Play Award." What do you think this means for the country?

The joy of the people is proof that they are very fond of football. One reason for this is that they have very few distractions. The sport is non-political, free of ethnic discrimination and unites people all over the world. Now the Afghans have also recognized the importance of building bridges and surmounting obstacles.

President Hamid Karzai said the Afghan national team had succeeded in achieving something which politics had failed to achieve over the past decade. What are your plans for the future?

I would like to give Afghans the opportunity to witness something unique. It will probably go in the direction of opening a football school to give Afghan youngsters hope and provide them with know-how - also from German coaches. We'll have to see how we can best achieve this, as it won't be possible without sponsors. So, there is still a lot to sort out.