Germany defender Niklas Süle is in quarantine after testing positive for COVID. Several of his teammates must now also isolate just days before an international game.

The German Football Association (DFB) on Tuesday announced that five national men's team players would go into quarantine after instructions from health chiefs.

The players had gathered in Wolfsburg for training ahead of a World Cup qualifier on Thursday against Liechtenstein.

The news comes as German authorities grapple with calls for stricter restrictions, with the number of COVID cases in the country climbing ever higher.

The DFB confirmed earlier reports that the player in question was Bayern Munich defender Niklas Süle. However, there was no immediate official confirmation of the identity of the player.

The DFB said Süle was fully vaccinated and currently symptom-free.

Kimmich, who was Germany captain in a recent World cup qualifier, sparked a heated debate last month when he revealed he had chosen not to get vaccinated, because of "personal concerns".

Later on Tuesday, Germany's football officials said another Bayern player, Eric Maxim Choupo-Moting, had to quarantine over his contact with Süle.

What does it mean for the team?

Coach Hansi Flick's national side, which is also set to take on Armenia next Sunday, has already qualified for next year's World Cup finals in Qatar. Thursday's match is not believed to be in jeopardy at present.

"This news, so close to the final two games in World Cup qualifying are very bitter, for the coaching staff as well as for the entire team, but health comes first, of course," said DFB director Oliver Bierhoff. 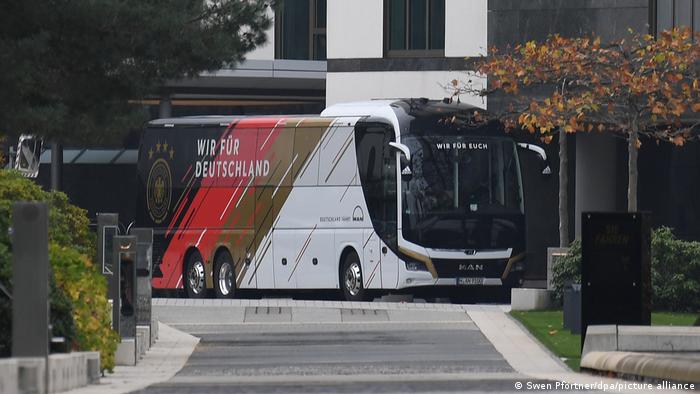 "I wish the player who tested positive a speedy recovery, and that he continues to show no symptoms."

The players were all tested as a matter of protocol when they arrived for pre-international training on Monday.

Tuesday's morning training was canceled and players were told to work out in individual sessions.