Florence on the Elbe Turns 800

Dresden was once one of Europe’s most beautiful cities, but in 1945 Allied bombers turned what was known as "Florence on the Elbe" into a pile of rubble. This year, the German city celebrates its 800th anniversary. 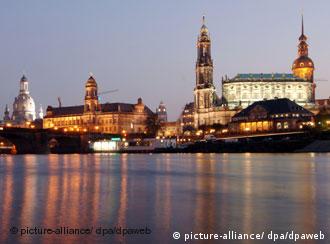 Dresden has a long and rich history

Dresden probably existed before March 31, 1216, which was when an ancient Slavic settlement on the northern bank of the river Elbe was joined with a German town on the south bank. In 1216, Dresden got its first official mention as a civitas -- Latin word for city. The city's name stems from the old Sorbian word Drježdźany, which means "person living in a forest or a flood plane."

Dresden grew out of obscurity when Saxon Duke Ablert settled there in 1485 and made the city his capital. Dresden quickly grew into a splendid city of royal residence and became the strongest fortification of the Saxon Electorate at the time. 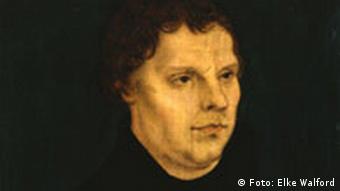 Martin Luther stood up against the Catholic Church

In 1517, Martin Luther published his Theses in Wittenberg ushering in the epoch of Reformation in Germany. In Dresden, however, Duke Georg the Bearded, who ruled Saxony from 1500 to 1539, still supported the old beliefs of the Catholic Church.

"But when Duke Georg died, the country was somehow prepared, and it didn't take long before the Reformers took over control," said historian Karl-Heinz Blaschke.

"Duke Heinrich, Georg's brother, who was a Protestant, came to power the same night that Georg died. And Reformation came into effect immediately -- from top down."

Under the rule of elector Moritz (1547-53), Dresden became the capital of the Lutheran movement.

A city on the rise

Dresden continued to flourish economically and culturally. Leipzig may well have been the traditional commercial center, and Freiberg the capital of silver mining, but it was Dresden that benefited the most from turing smelted ore into silver coins at its famous Münzgasse, or coin alley.

"In fact, the entire city of Dresden, the castle and all the other noble buildings, as well as the cultural development in Dresden would not have been possible without all the silver finds in the western Erz mountains," said Blaschke. 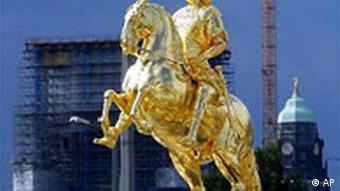 August the Strong was immortalized in Dresden as the "Golden Rider"

When his older brother Georg died in 1694, August the Strong suddenly became elector. In the years leading up to his inauguration, he had traveled to Spain, Paris and Venice. This tour had had such an impact on Friedrich August I that he wanted to combine the splendor of the Sun King's possessions with the beauty of the lagoon in his home town Dresden.

"Think of August the Strong whatever you want, but there can be no doubt that Dresden owes to him the beginning of its rise as an important metropolis. The only reason why around 1700 the town which didn't have any economic advantages and whose then 20,000 inhabitants didn't have any specific abilities became a Baroque city of this dimension was the determination of this elector," said Blaschke.

August the Strong turned the river Elbe into a German Canale grande and soon the royal family would travel to Pillniz in their golden gondola. The domes of Santa Maria della Salute in Venice served as a model for the Frauenkirche, which the Lutherans constructed to protest against August the Strong's conversion to Catholicism. 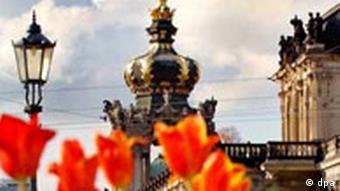 The Zwinger Palace is home to countless masterpieces

His son, Friedrich August II, further developed Dresden's cultural standing by acquiring important artworks like the Sistine Madonna and by building the world-famous art gallery, the Zwinger Palace. Dresden soon attracted artists from all over Europe. But after the death of Friedrich August II in 1763, the so-called Restoration Commission under the leadership of Thomas von Fritschs helped Dresden -- a city that was formerly known mostly for its power in the fields of politics and culture -- gain a strong standing also in the field of commerce and trade.

"An infrastructure was developed to boost the local economy. Educational institutions, too, that aimed at improving standards in elementary schools. And so Dresden gained an entirely new flair -- also in its looks. New buildings were no longer constructed in a Baroque style, but in the Classicist manner," Blaschke said.

Dresden is located on the direct path between Moscow and Paris. Napoleon took this as a reason to march into the city in 1806. The French emperor made the city his base of operations. Following the Vienna Congress in 1815, Saxony had to give away half of its territory. This was the end of Dresden's dreams of gaining political importance on a European level. 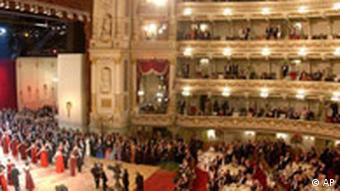 Romanticists like painter Caspar David Friedrich and composer Karl Maria von Weber, or architect Gottfried Semper and composer Richard Wagner, who spent time in the city, all contributed to Dresden's reputation as one of the centers of arts. But apart from this, Dresden -- the Florence on the Elbe -- didn't play a major role anymore in the struggle for power between Vienna, Berlin and Paris.

When the first German long-distance railway was built in 1839, Dresden gained access to the European network of long-distance trade, and so the city grew into one of the crucial centers of fine mechanics and luxury food industry. One of the most famous inventions that were made in Dresden was the mouthwash. Another was toothpaste. Dresden was also the cradle of the first German steam engine called Saxonia, as well as the first paddle steamers in Germany.

The night of horror 85 percent of the buildings in Dresden were destroyed in 1945

The memories of the night of horror on Feb. 14, 1945 have still not faded away. That night, Dresden was subjected to a massive bombing raid of the Allied forces. Within hours, the architectural beauty of Dresden collapsed and what was left behind was an expanse of ruins. More than 20,000 people lost their lives. Today, survivors and descendants gather around in front of the rebuilt Frauenkirche every year to light candles and share their grief.

For the citizens of Dresden, the bombing raids were a horrible experience, but today it appears that the city wasn't quite as innocent as it had liked to portray itself for a long time. During the war, Dresden was governed by Martin Mutschmann, one of the most eager Nazi ideologists. And the Frauenkirche was the headquarters of Deutsche Christen (German Christians). This Protestant group was striving for a synthesis between Christianity and National Socialism. And when Frauenkirche collapsed on Feb. 15, 1945, this marked the beginning of the end for the entire Third Reich.

Neither 15 square kilometers of debris nor the famous large areas of GDR concrete tower blocks have been able to destroy the particular charm of this 800 year old city. The famous "Frauenkirche" or "Church of Our Lady" that had been destroyed in the bombing and whose ruins had long been a symbol of the atrocities of war, was rebuilt and consecrated only last year.