UK researchers have developed a drug that could help treat cancer with extreme precision and few side-effects. Unlike current treatments, the new procedure attacks solid tumors without causing damage to healthy cells. 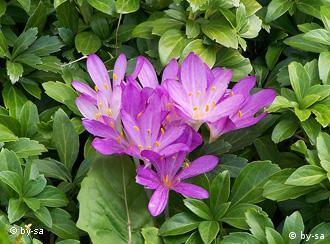 The autumn crocus is lethal if consumed in its natural state

Scientists at Bradford University in the United Kingdom have found what's been called a "smart bomb" technique to fight several types of cancer with far fewer of the detrimental side-effects like hair-loss, nausea and suppressed immune system that associated with chemotherapy and radiation therapy.

The team modified a toxin originally found in a crocus flower so that it kills only cancer cells and could vastly improve patients' lives, according to a report published this month in the journal Cancer Research.

The paper's lead author, Laurence Patterson, the director of the Institute of Cancer Therapeutics at the University of Bradford, found inspiration in the autumn crocus flower's colchicine molecule to treat many types of cancer.

In lab tests on human tumors implanted in mice colchicine has proven efficient against a range of cancerous tumors. 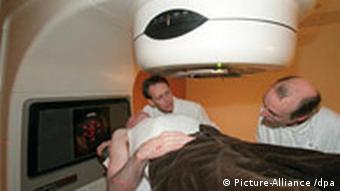 "We've looked at prostate, colon, bladder and lung and sarcomas and the tumors are regressing," Patterson told Deutsche Welle. "In some animals we are actually getting complete regression of the tumor, such as the animal appears cured."

Other cancer treatments, such as chemotherapy and radiation therapy, can also help control and reduce the growth of tumors, but they also bombard other healthy cells with toxins intended to attack the tumor.

"What we've managed to do is remove any real chance of normal tissue toxicity," Patterson said. "We've done that by adjusting the structure of colchicine so that it's inactive until it reaches the tumor."

Kill the bad, keep the good

The colchicine found in crocuses is highly poisonous, and the effect is similar to that of arsenic, but by adding a string of amino acids to a synthetic colchicine molecule, the team modified the drug from its usual property of killing all cell growth to keeping it inert until it reaches cancer cells.

Cancer cells carry an enzyme that re-triggers the colchicine's cell-killing skills. The colchicine also kills off any new blood supply to the tumor, which also impedes the tumor's ability to grow. 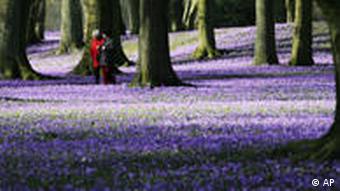 "We don't know how well it would work when you scale it up to a whole person or even scale it up away from these quite artificial animal models that the researchers have used," she told Deutsche Welle.

Whenever a potential new cancer treatment emerges, it raises the hopes of millions of cancer patients and their friends and families. What they most want to know, of course, is when this will be available.

The modified colchicine treatment could be used in humans in as little as two years, according to Kevin Adams, the innovations manager at Bradford University.

"We would have to do some additional laboratory tests in animals to show that the drug is safe before we can administer it in humans," he told Deutsche Welle.

If the drug is approved for general release, Patterson said he expects it would be used alongside existing cancer treatments. It's not a cure for cancer, he added, but used in combination with existing therapies it's a step in the right direction.

Swiss and Italian health experts estimate that 1.3 million Europeans will die from cancer in 2011. While the figure represents an overall decrease, the researchers warn that cancer rates are not equal across Europe. (09.02.2011)

Naturally occurring protein could be a new effective cancer treatment

A Belgian and Swedish team tested this new technique on breast and pancreatic cancer cells. The researchers say further tests are needed to determine how the liver responds in producing higher quantities of the protein. (07.01.2011)