The Olympic flame has left Ancient Olympia in Greece and embarked upon its long journey to the opening ceremony for the Winter Games. The Winter Olympics open in Pyeongchang, South Korea on February 9. 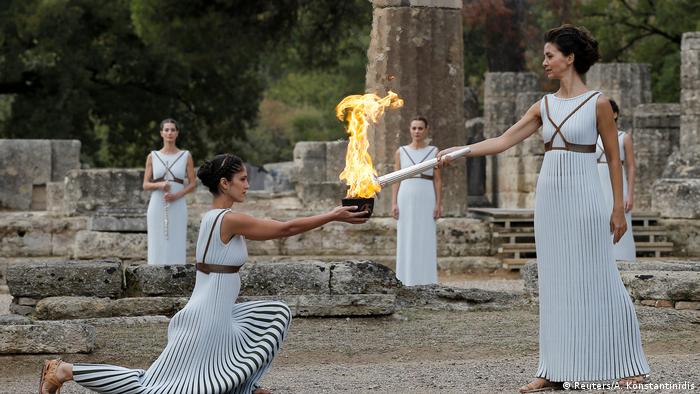 Due to a lack of sunshine, Tuesday's scheduled ceremony using a parabolic mirror to kindle the Olympic flame had to be canceled, and the actors in ancient Greek costumes resorted to the backup flame, which had been lit on Sunday during rehearsals at the 2,600-year-old Temple of Hera.

"Then and now, the Olympics is a symbol of hope and peace. We are carrying the ancient traditions to the future. The Games are universal and stand above all differences that divide us and are here to unite humanity," Bach said.

The president of the Pyeongchang 2018 Organizing Committee, Lee Hee Beom, pledged that the Winter Games would be "safe and secure," despite tensions between the West and North Korea being at the highest they have been in years. Pyeongchang is located just 80 kilometers (50 miles) from the heavily fortified demilitarized zone between North and South Korea.

From Olympia, the torch then embarked upon a relay around Greece for the next week, arriving at the Acropolis in Athens on October 30. The next morning, the torch is to be handed over to the Pyeongchang 2018 Organizing Committee, and arrive in South Korea on November 1, when the domestic torch relay will begin.

The Winter Olympics begin on February 9 and conclude with the closing ceremony 16 days later.